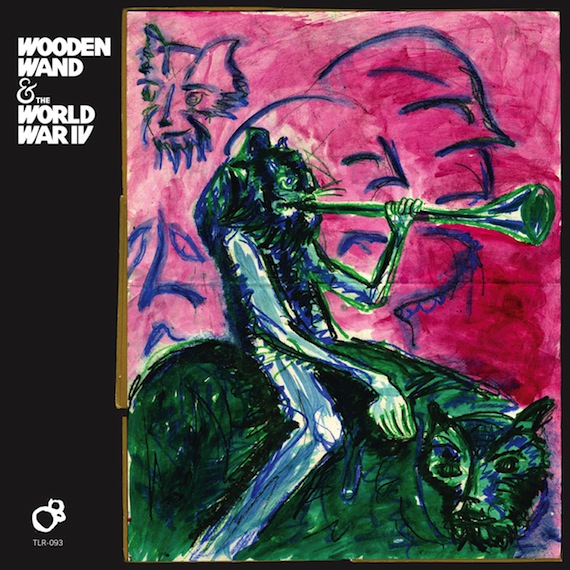 The sheer sprawl of James Jackson Toth’s discography — usually released under some iteration of the Wooden Wand moniker — can be intimidating. Where to begin? I humbly submit that this latest release is a perfect introduction to the wonders of the Wand. Seven tracks fueled by minor key melodies, Crazy Horse distortion and lovely male/female harmonies, it’s one of the more powerful rock records of 2013. Toth’s band here is on point throughout, loose and spacey one moment, clattering and tense at the next. And while an album that kicks off with the doomy lyrics “Someday this baby will cease to exist” inevitably has a dark world view, Wooden Wand & The World War IV   is packed with beautiful moments, too — dig the swoon-worthy “Complaint Dept” or the slow, cinematic sweep of “Our Father The Monster.” And the darkness is tempered by a wry, gallows humor as well, closing things out with the wickedly funny rant, “McDonald’s On The Moon.” Now’s the time to fall under Wooden Wand’s spell. words/ t wilcox

One thought on “Wooden Wand & The World War IV”