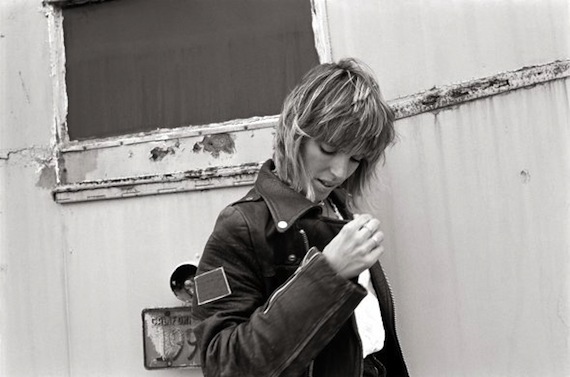 When Lucinda Williams released her self-titled lp in 1988, it was the third album she’d ever released, only her second made up of completely original material and her first in eight years. Her first two albums, Ramblin’ and Happy Woman Blues, were released in relatively quick succession in 1979 and 1980. Then, for certainly not the last time in her career, she went dark. But when the self-titled album emerged those eight years later, it was, in a lot of ways, the true coming out party for Lucinda Williams the artist. Over the next fifteen years, she would put out five albums that would prove her as a truly remarkable songwriter.

But it’s 1988’s Lucinda Williams that gives us the first fleshed out vision of the artist to come. It’s appropriate the album is self-titled – as if Williams herself knew what she had on her hands. Self-titled records usually mark some sort of statement of purpose or intent – bands will sometimes self-title an album deep into their career to mark some sort of rebirth of focus. Here, after eight years away – an eternity in commercial music – it’s as if Williams is reintroducing herself to the world. And while elements of those first two records still spring up throughout, it’s unquestionably a more confident Lucinda Williams that recorded this album.

Over the years, there’s been endless speculation about her perfectionist tendencies when it comes to her records, and for awhile the massive gaps between albums seemed to bear that out. (Compare 19 years between her first five studio LPs and the ten between her last five.) But whatever was going on in the eight years between Happy Woman Blues and Lucinda Williams, it was something important. In performance alone, Williams seemed to have found the first real fix on her voice. To listen to her first two records is to hear an artist still getting a feel for who she is performance wise. All of that hesitancy is gone by 1988. “I Just Wanted To See You So Bad” opens the album with the kind of driving, pleading, plaintive ode to a lover that Williams would become increasingly adept at in the coming years. “Changed the Locks” would become one of her defining moments with its pounding bluesy cadence and righteous indignation of the lyrics – not to mention one of her strongest vocal performances in delivering that emotion. “Crescent City” and “Side of the Road” should have been radio hits, but country music has always been a hard business to break in to – especially if your obvious lyrical touchstones aren’t always so much Hag and Hank as Zimmerman and O’Connor.

Lucinda Williams :: I Just Wanted To See You So Bad

And then there is “Passionate Kisses.” Granted, Mary Chapin Carpenter’s version – the one that would go to number four on the country charts in 1992 – is actually really well done and is heavily styled after Williams’ original recording. But why a song that good would languish on a record – well, I suppose you may as well ask why Big Star never had big hits or – for a more accurate comparison – why everyone else but Nanci Griffith seemed to hit it big with her songs. The commercial music universe is a fickle and inscrutable beast. Regardless, “Passionate Kisses” is among Williams’ finest pop distillations – a superbly focused song that hits every right note and strum, every right word. It may also be the only song in the world where someone uses the word “stuff” as a noun and I don’t think it’s an immature lyrical move. It works – don’t ask me how exactly, but it does.
So, now, just a bit past the 25th anniversary of the release of the album, there’s a new double-disc version coming out this week. The album was originally re-issued in 1998 on the heels of the success of Car Wheels on a Gravel Road and thankfully the new edition salvages all of the bonus tracks from that version. All of these are live performances from radio station interviews and include an early version of “Something About What Happens When We Talk” which would show up on her next album. It also includes one of the best Williams non-album tracks, “Sundays,” a lovely melancholy song sung perfectly with just Williams and another guitarist. The new addition adds a 14-song live set from the Netherlands in May of 1989 which runs through a large chunk of the self-titled album’s songs, a few older tracks and a cover of Memphis MInnie’s “Nothing in Rambling” as well.

It’s an album well worth revisiting; not only because of the bonus material, but because of the emergence of Williams as an artist with a unique vision and the pathways that this album would lay out for the next 25 years of her career. words/ j neas