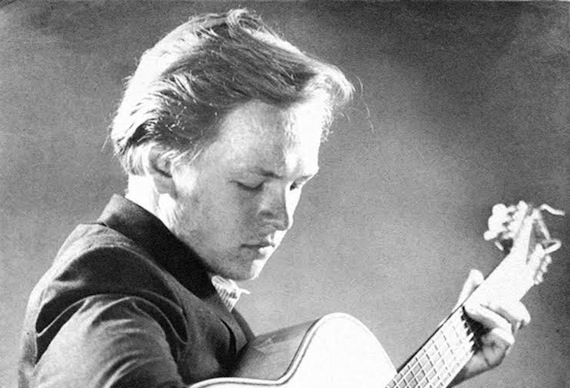 Jackson C. Frank’s music and pain were always intertwined. As a boy, a furnace exploded at his school, killing 15 of his classmates and badly burning Frank. As he recovered in the hospital, a teacher brought him an acoustic guitar to keep him occupied. It’s impossible not to hear traces of that hurt echoing in the songs of his 1965 self-titled LP. Produced by his friend Paul Simon in London, where the singer had decamped from New York after receiving a settlement check, the album remains Frank’s sole work – a haunting classic.

The album largely went unnoticed upon its initial Columbia release. Unnoticed, save for the luminaries profoundly inspired by his folk blues: his one-time lady friend Sandy Denny, Nick Drake, Bert Jansch, John Renbourn – all of whom covered “Blues Run the Game.” Following a return to the United States, Frank sadly faded away as depression and illness took hold. He lost an eye on the streets of Queens to some hooligan kids before succumbing to pneumonia and a heart attack at the age of 56. But all the while Frank’s music continued to take root, with artists like Mark Lanegan, Daft Punk, Vincent Gallo, and Laura Marling covering his songs and featuring them in film projects. ’€¨’€¨Though he recorded scattered demos in his later years, Frank’s eponymous album remains his definitive statement. The album was reissued early this year by Fire Records’ vinyl subsidiary, Earth Recordings, nearly 50 years after its original release. words/ j woodbury