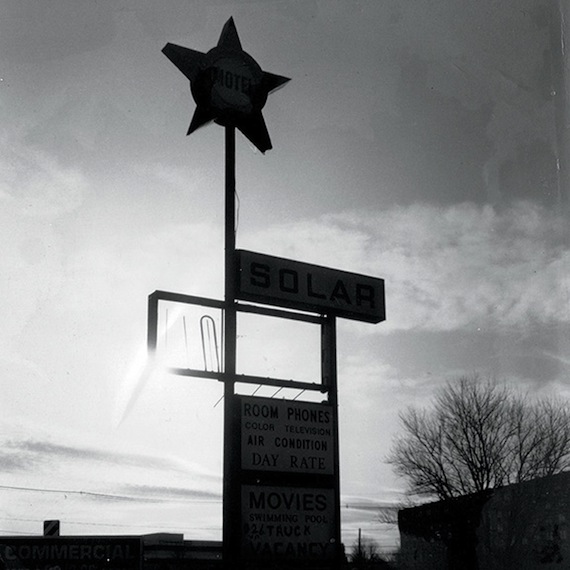 Chris Forsyth’s guitar extravaganza Solar Motel was one of 2013’s most cosmic releases. As great as the LP is, Forsyth took things a whole ‘nother level with the live band he put together to bring it to the stage. The Solar Motel Band, consisting of guitarist Paul Sukeena (Spacin), drummer Steven Urgo (ex-War On Drugs) and Peter Kerlin (Peter Kerlin Octet), have quickly become one of the most raved-about live acts on the road today.

Lucky Los Angelenos will be able to check into the Solar Motel on March 14 at the Paradise of Bachelors/Aquarium Drunkard-presented “Ides of March Weekender” at the Church on York. The rest of us sinners will have to wait for Record Store Day, when the Electric Ragtime label releases Solar Live 11.15.13, a live version of the Solar Motel record.But if you’re feeling especially impatient, dig these two unbelievable covers recorded live last month on an all-too-brief U.S. jaunt. The barnstorming rendition of Television’s “Little Johnny Jewel” was captured at Nashville’s Stone Fox club, and features Music City’s own William Tyler joining the band for a thrilling triple guitar blowout. “Cortez The Killer,” the classic Neil Young & Crazy Horse dirge, was played on the last night of the tour in Cleveland, and Forsyth and the Solar Motel Band perfectly capture the ragged glory of the original. words / t wilcox