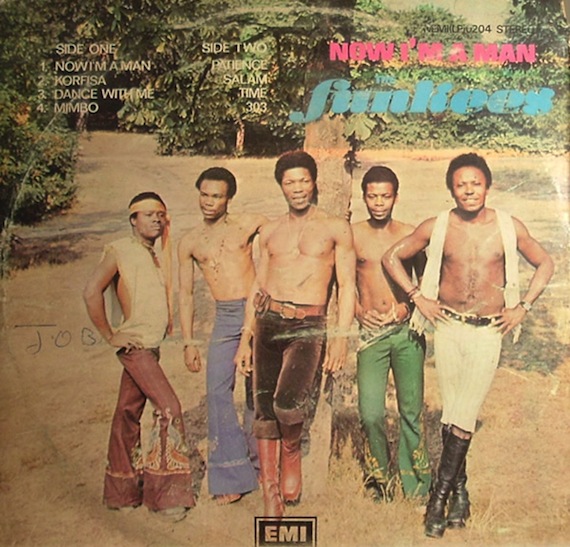 If Fela Kuti was Afro-Jazz, then The Funkees were Afro-Rock. Hailing from Eastern Nigeria, and formed in the late 60s as an Army band after the Biafran War, the Funkees were the band that set the dance floors of Lagos on fire in the 70s. Soundway released an excellent compilation in 2012, but the tracks below come from their incredibly potent (and incredibly hard to find) album entitled Now I’m A Man, which was released in 1976, a year before the band broke up. I can only imagine what Don Cornelius would have said if The Funkees had performed on Soul Train. I’m sure the first word out of his mouth would have been something akin to: “Damnn…”. words / cognoscere