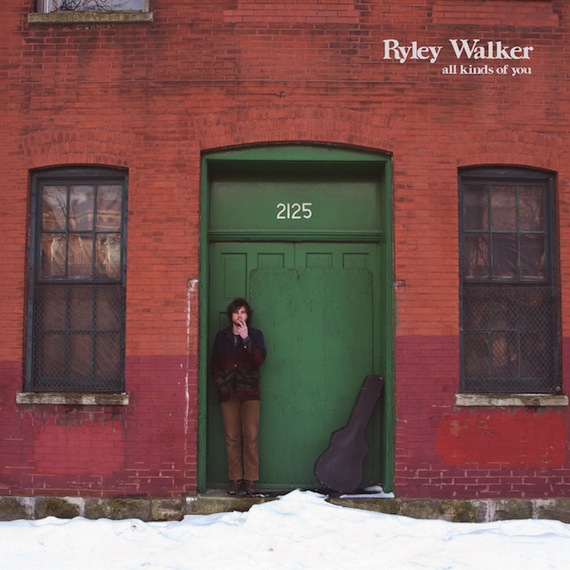 You could probably convince someone that Ryley Walker’s debut long player is the work of some long-lost UK singer-songwriter from the 1970s. Recalling at different moments John Martyn, Bert Jansch, John Renbourn and Nick Drake, All Kinds Of You conjures up a mystical, classic Britfolk feel — it’s even got a cover photograph that would fit in perfectly with that scene. But Walker is actually a 20-something dude from Chicago who made experimental/noise music before setting his sights on Albion. Lucky us — the album is a beauty. Far from being a mere pastiche artist, Walker really inhabits these songs and the sound that accompanies them. Not many guitarists could pull off the densely picked patterns of Jansch & Renbourn with such ease and attitude — check out the storming, Pentangle-y instrumental “Twin Oaks pt. 1” for evidence. Recorded with Cave’s Cooper Crain manning the boards, the album  has a rich ambiance, with groaning cellos, jazzy drums and airy piano surrounding Walker’s old soul voice and guitar. It may conjure up memories of a bygone era, but All Kinds Of You sure sounds great in 2014. words / t wilcox

9 thoughts on “Ryley Walker :: All Kinds Of You”