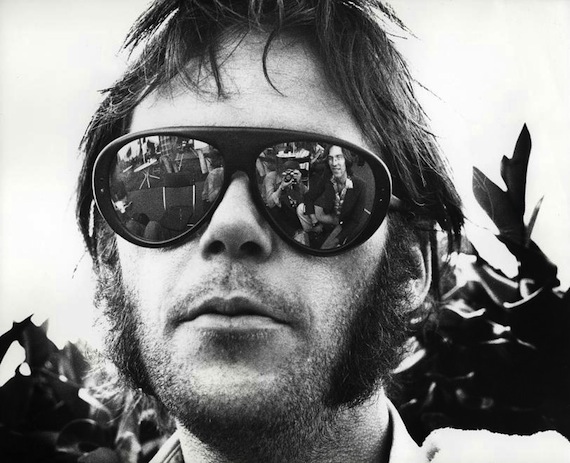 40 years after the fact, Crosby, Stills, Nash & Young are commemorating their massive, cocaine-fueled 1974 tour with a big box set. Sprinkled amidst the group’s tried-and-true warhorses are several unreleased Neil Young songs — “Pushed It Over The End” (which we highlighted here), “Hawaiian Sunrise,” “Traces,” and “Love Art Blues.” All well and good, but there’s one unreleased tune mysteriously missing from the box, “Homefires,” which Neil trotted out a few times during his solo sets on the tour. Which is too bad, since it’s a lovely, deceptively breezy song, depicting a love affair that’s run its course. “How long can this go on?” Neil sings. “I can hear another song.” According to Young’s biographer, Jimmy McDonough, “Homefires” was cut in the studio for the legendary, lost Homegrown LP, which Neil says is part of the hopefully forthcoming Archives II set. Until then, take a listen to this audience recording from the summer of ’74. words / t wilcox