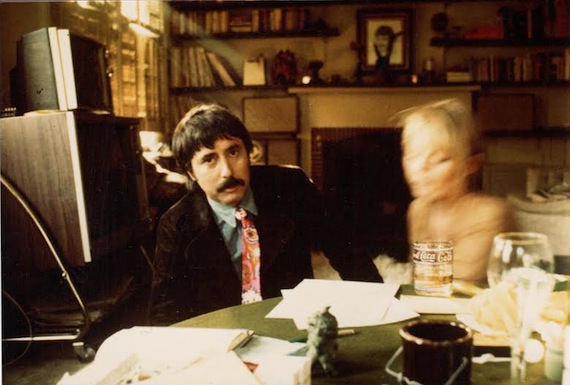 The psychedelic cowboy known as Lee Hazlewood was a force unlike any other: his deep baritone, his effortless cool, his expansive, boundary-pushing production and, perhaps most of all, his immense talent for composition. It’s the latter two that, lately, have  caused his rendition of Tom Rush’s “No Regrets,” from The Cowboy & the Lady, his 1969 collaborative album with Ann-Margret, to cut deep and true.   From the very first notes, the guitars, layered and emitting a palpable sense of freedom, resonate powerfully. It’s country, in a late ‘60’s free-folk sort of way, but the forlorn harmonica, the soft cooing of the backup singers and those gleaming guitar notes after Lee repeats “no regrets” transform the song into something else— into its own intangible entity. The song sounds like nothing else and Lee’s lyrics are haunting and transient. “Goodbye dry eyes/I watched your plane/fade off west to the moon/and it felt so strange/to walk away alone…” The affirming title and chorus are undercut by the ghost of his former lover, and that strange tension between looking forward and a haunted past lends the song an even stranger, more haunting and near indefinable beauty. words / c depasquale

5 thoughts on “Lee Hazlewood :: No Regrets”