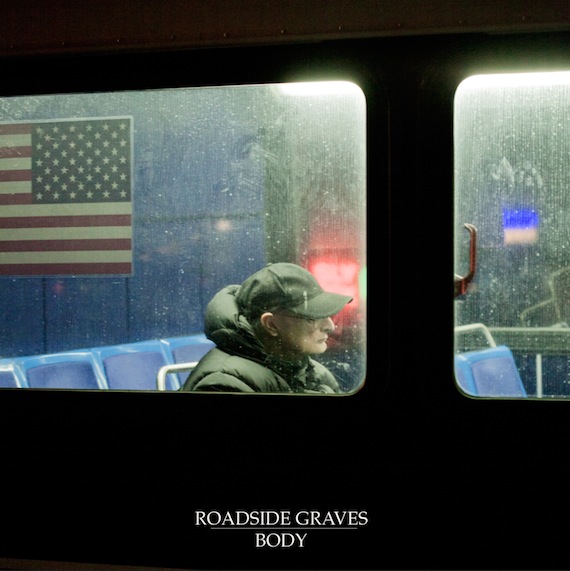 We last caught up with Roadside Graves via their 2011 LP, We Can Take Care of Ourselves, an eleven track song-cycle concerning S.E. Hinton’s The Outsiders. The band is back in early 2015 with a new record entitled ACNE/EARS. Roadside’s John Gleason on the album’s first taste, “Body”, in his own words, after the jump…

“Body” is our attempt to write a indie teen song from a old man’s perspective. You can trash them all you want but I still read Pitchfork every morning, regardless of whether you agree with their assigned scores, they still are for me one of the easiest ways to keep current with what new music is being released. I have roughly 25 minutes each morning before the baby wakes up and I get to ready to teach and those few minutes of freedom are typically spent drinking black coffee and listening to at least a song or two from each record they review. It’s not ideal, but it works. There was a period of time maybe a few years back where it seemed like every fucking band in their teens was singing about how bored they were. They were great fucking songs and earning scores on the upper register at Pitchfork, but at my age I couldn’t relate anymore to being bored. It disturbed me slightly, about as much as this whole Christmas in July shit does. I mean when I was a teenager I wasn’t bored. I was sad, pathetic, confused, covered in acne, and aching for some decent company, but never bored. Now I don’t have time to be bored. So I wrote an answer song to them partly inspired by their ennui, their suburban whiteness, their beautiful complexion, and yet probably also inspired by how damn jealous I was of them.

We are going our on a mini-tour in August and it only seems right that “Body” should be played in the summer. It’s a summer song written by guys who feel more comfortable in the winter. – John Gleason / photo  Travis Huggett

One thought on “Roadside Graves :: Body”