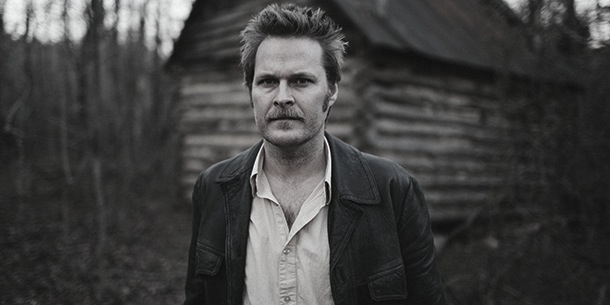 Since the dawn of the Great Recession, M.C. Taylor has emerged as one of America’s most potent songwriters. Formerly of hardcore outfit Ex-Ignota and alt-country band The Court and Spark, Taylor’s recordings under the Hiss Golden Messenger banner have chronicled his move from California to North Carolina, discussing his fatherhood, the duty of work, and mysteries of faith along the way. He’s tackled such big concerns over the course of five full-lengths, immersing himself in ancient American musical idioms — folk, blues, gospel and country, while folding in textural ideas garnered from a deep understanding of reggae, AM gold, boogie, soul, and R&B. 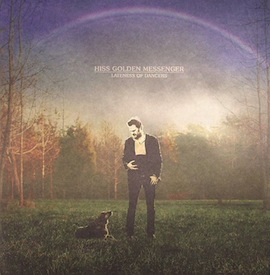 Lateness of Dancers is his latest. Named for a Eudora Welty story, the album continues Taylor’s immersion in Southern culture. It’s his first for Chapel Hill-based independent label Merge Records, and it stands as Taylor’s warmest statement yet. The record finds Taylor joined by many of the musicians who made 2013’s Haw feel like a dramatic step forward: guitarist William Tyler, bassist/engineer Scott Hirsch, Phil and Brad Cook of Megafaun. Alexandra Sauser-Monnig of Mountain Man is present too, contributing powerful harmony and background vocals.

With these fine players by his side, Taylor continues to move away from the stark folk that defined his breakthrough album, Bad Debt. Here, he indulges his taste for country soul, driving roots rock, and fluid folk. First single “Saturday’s Song” swoons like classic ‘70s singer/songwriter pop, while “Mahogany Dread” and “Lucia,” a holdover from Court and Spark’s Dead Diamond River, evoke The Band, with swelling organ and steady, thumping rhythms. With “Southern Grammar,” Taylor recalls the roadhouse funk of J.J. Cale like he did with fellow songwriter Steve Gunn on their collaborative Golden Gunn LP. The sonic palette will be familiar to Taylors’ fans, but he continues to surprise, grooving as hard as Hiss Golden Messenger ever has with the loose “I’m A Raven (Shake Children)” and drifting into the mystic ether like never before on the title track and standout song, “Black Dog Wind (Rose of Roses).”

Following the often harrowing lyrical ruminations of Haw, Taylor spends much of Lateness of Dancers focusing on family and home. Taylor’s narrator in “Black Dog Wind” sings of his father, “Yeah he just waved bye bye/That man, goddman/What he told me sticks/We gotta cross that river in a black dog wind.” There’s something about the way he sings “bye bye,” in a manner that suggests a kind of beautiful hurt, which hints that he’s singing about the kind of sadness that can only come from a place of deep devotion. He illuminates it even more with “Mahogany Dread,” where he sings, “The misery of love is a funny thing/ The more it hurts the more you think/You can stand a little pain.” Over the course of the album’s ten songs, Taylor explores that range, singing about his happiness with twinges of perfect melancholy, finding moments of solace and hope in even his darkest observations. The album calls to mind another quote from Welty: “The excursion is the same when you go looking for your sorrow as when you go looking for your joy.” Few songwriters take that idea to heart like M.C. Taylor, and few albums address it quite like Lateness of Dancers. words / j woodbury