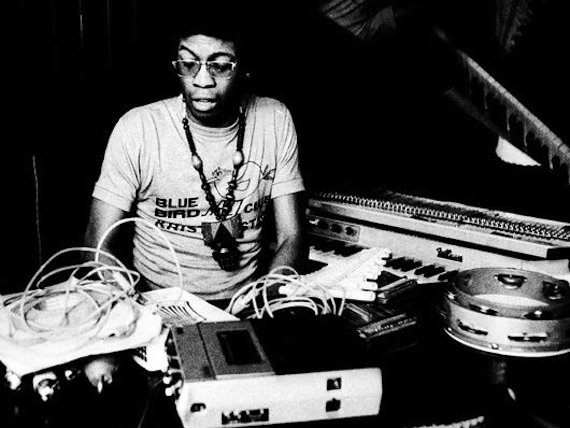 “…I had been spending so much time exploring the upper atmosphere of music and the more ethereal kind of far-out spacey stuff. Now there was this need to take some more of the earth and to feel a little more tethered; a connection to earth…” Herbie Hancock, 1997

Cascading back into the etheric plane, Hancock centered his new 70’s quintet, the Headhunters, around the filthy sounding clavinet and flanked it with a slick rhythm and blues section composed of Paul Jackson (bass), Mike Clark (drums) and Bill Summers (percussion). Not to be forgotten is saxophonist Bennie Maupin, the only member left of the original Hancock sextet, whose fiery solos flirted with breaking the earthly boundaries set by the new group. With a funky groove the 1973 album Head Hunters ushered in a new era of jazz that appealed to a far wider audience – making jazz listeners out of rhythm and blues fans, and vice versa. Long circulating proof of the dynamic chops of this group is this live set from November 1974, captured in Bremen, Germany, where we find the group ripping up the stage for an hour straight on ‘Chameleon’, the aptly named ‘Sly’, and newer joints from the follow-up album, Thrust – ‘Butterfly’, ‘Spank A Lee’, and ‘Palm Grease’. So. Nasty. words/ d norsen