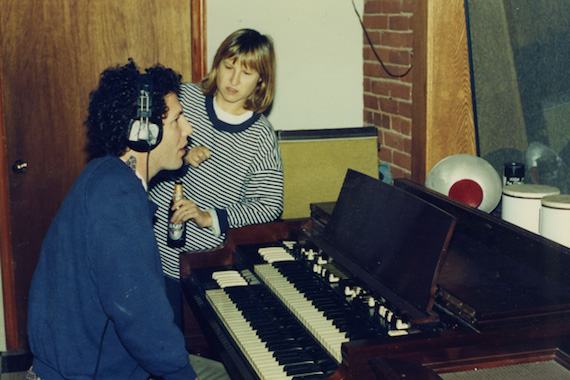 At this point, it’s hard to imagine a world without Yo La Tengo. The band celebrates their 30th anniversary this week with a series of east coast shows, and yesterday released a deluxe reissue of their 1993 masterpiece Painful packed to the gills with bonus material: demos, live recordings and unreleased nuggets (not to mention a new edition of the beloved Yo La Tengo Gazette). Suffice to say,  Extra Painful is extra good.

Calling Painful their “best” album is arguable — there are at least four other contenders — but it is probably their most cohesive, coherent statement. It’s also home to what I think of as the ultimate Yo La Tengo ballad, the gorgeous Georgia Hubley showcase “Nowhere Near.” Check out a live-on-the-radio rendition of the song, broadcast almost exactly 21 years ago over Parisian airwaves. Isn’t it romantic? words / t wilcox