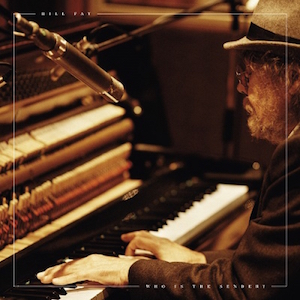 One of Bill Fay’s favorite lyrical tricks begins with him describing a pastoral scene. In “Underneath the Sun,” the fourth track on his fourth record, he follows along as “Rain falls down and waters the ground/Where the cherry tree is forming buds/For the blossoms to come.” Fay sings with great delicacy; his voice traces the melody as it carries the droplets from cloud to ground and up again through roots. He carries on this way, subbing scene-setting for storytelling, for two drifting minutes. Then, halfway through a line, just when you’ve begun to overlook the circular, dabbing piano and the slowly rising synth, and without a grain of Fay’s voice shifting in mood, a snare drum falls in with a sigh and “people are shooting at everyone/Even little ones.”

Moments like these, where reverence and violence meet and depart in separate directions, define Fay’s songwriting. The two records he released during the singer-songwriter boom – 1970’s Bill Fay and 1971’s Time of the Last Persecution – shift between free-jazz folk songs about human depravity and paeans to the beneficent potential of humankind. Taken together with 2012’s sterling Life is People and now Who is the Sender?, they form a complicated lament that also functions as a love song that’s meant to woo humanity back to the source of its potential. It’s an odd thing to say about someone who averages two records per half-century, but Fay is a remarkably dependable songwriter.

Of course, that’s only half of the formula. Across Who is the Sender?, Fay’s singing is animated by his tenderness and clarity of vision. Listening to him sing about William Tyndale, who was burned at the stake in 1536 for translating the Bible into English, you get the sense that Fay isn’t nearly as concerned with Western civilization’s complicated 500-year relationship with Scripture as he is with Tyndale’s dedication to his democratic mission and his radical sacrifice. “This was his prayer within the fire,” Fay whispers as the song begins, “Open the King of England’s eyes.” When magisterial horns and strokes of guitar unfold around Fay’s lilting, semi-spoken benediction in “World of Life” (“May the all-present spirit be with you/May beacons everywhere be lit to guide you”), he sounds practically giddy.

It’s that intermixed esteem and humility that makes Who is the Sender? feel vital. It isn’t the strength of his argument – he barely makes one, anyway – so much as the depth of his sincerity. He’s genuinely in awe of Tyndale, just as he’s genuinely angered and heartbroken by war, just as he’s genuinely amazed by the presence of so much grace in a world so broken. There was a time not long ago that simply hearing Bill Fay sing in 2015 would have seemed impossible. But hearing anyone in 2015 sing with such a palpable sense of hope, and doing so without turning their face from the void, seems like something more than impossible. It feels like a revelation. words / m garner