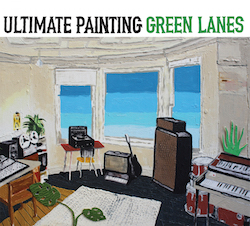 It’s been less than a year since Jack Cooper and James Hoare released their self-titled debut as Ultimate Painting. That album’s gentle, slightly tinted melodies seemed to come to the duo so easily that it’s no surprise they’ve already finished work on its followup, Green Lanes.

Lead single “Break the Chain” continues Hoare and Cooper’s investigations along the border separating the third Velvet Underground record from the simple, soft pop of the early 70s. Hoare and Cooper train their guitars along separate paths, occasionally intersecting before they both cede the spotlight to a dry piano and a vocal line partially culled from “In My Life.” It’s a simple, insistent song whose breeziness obscures how expertly it’s been crafted. Give a listen below.