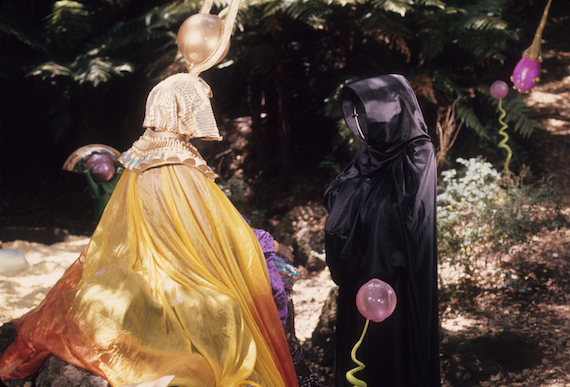 Happy birthday, Sun Ra. Born in Birmingham, Alabama in 1914, the avant-jazz pioneer would be 101 years old today. Keeping with the cosmic, Harte Recordings has released a commemorative 40th Year Anniversary Edition of  Sun Ra’s  galactic-sploitation epic, Space Is The Place. Multi-faceted, the anniversary edition is comprised of a DVD, book and CD containing restored versions of both the original cut of the film and the uncut version (both with remixed sound), commentary from producer Jim Newman, and Sun Ra & Arkestra home movies. Over forty pages of commentary (with a forward by Ra enthusiast Wayne Coyne), the book provides dozens of unreleased photos, taken on and off set during the making of the film.

The updated soundtrack rounds out with two additional tracks not available on the original release, but present in the film. Below, check out an unreleased (AD exclusive) track from the film.

One thought on “Sun Ra :: Space Is The Place (40th Year Anniversary Edition)”