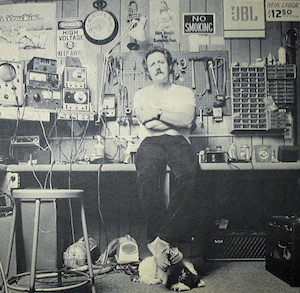 Pedal steel ace Orville “Red” Rhodes (1930-1995) was one of LA’s most in-demand session players during the late 1960s and early 1970s, lending his laid-back licks to hits by James Taylor, Linda Rondstadt, and The Carpenters. But Red was more than just a sideman. He was a band leader, fronting the house band at North Hollywood’s legendary Palomino Club between 1966 and 1969. He was an inventor, building custom amps and “Velvet Hammer” pickups out of his Royal Repair Shop on the corner of Cahuenga and Hollywood. And he was a good time: according to his most frequent musical collaborator, former Monkee Michael Nesmith, Red “smoked more dope than any man I knew.”

12 thoughts on “All Roads Lead To Red: A Pedal Steel Mixtape / Tribute”