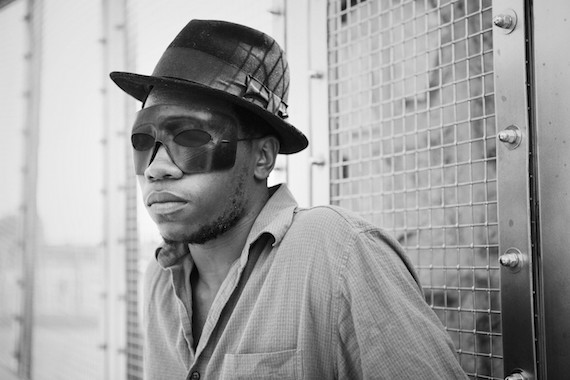 Willis Earl Beal is a musician, writer, and actor whose work captures the often uninvestigated corners of the psyche. His first album, Acoustimatic Sorcery, was released in 2012 and was comprised of recordings Beal cut on a cassette karaoke machine. His latest record, Noctunes (out August 28th through Tender Loving Empire records) is something special. We recently caught up with the artist while he was traveling via bus in Washington State. That conversation, below.

On making music: Music is a very serious thing, but the execution means it does have to be so serious. It should be a direct representation of how you feel. It shouldn’t be trying to hypothesize about how you feel or trying to find the note that everybody else thinks you should find. It’s a free flowing thing for me because I’m uneducated.

On the recording process: My stuff is not collaborative. I don’t collaborate. No producers. No studio. It’s all me. New record: all me one hundred percent. My last two EP’s and my last two LPs were all me. And that’s how I’m going to keep it. When you work with other producers they can take credit and I don’t want them to have any credit. I want all of the credit.

On his past albums: I try not to think about it too much. They were documents of a previous time that doesn’t exist anymore. It’s old shit that I don’t really feel like dealing with emotionally. I liked it when I did it and the way I feel about it now is I’d be happy if anybody else likes it.

On how his music has changed: Now I’m making soundscapes. When I started out I was banging on trashcans. I feel like I could make a record with two sticks and a tape recorder that would sound better than what I used to record.

On his new record, Noctunes: It’s a combination blues-jazz-classical-ethereal situation. It’s dedicated to nighttime. It’s out now and a cat named Isaac Rodriguez printed 300 copies. There’s some Vincent Gallo in there. Chet Baker a little bit. There’s also some balladry, put you to sleep in a good way.

On being labeled an outsider artist: Labels are always restrictive, but they’re inevitable. I guess there’s liberation, but anybody who has that label is going to do whatever the fuck they want anyway. They have to put something in a box. If it works for them, fine.

On his role models: Charles Bukowski.

On opinions valued: My own. If I like it then I know it’s good.

On interviews: I like interviews. I like saying things and having them printed so people can hear somebody say something logical for a change. All I ever hear is mush-mouthed people talk about stuff that nobody understands.

On the Internet: All they do is misrepresent people all the time. That’s why on my Wikipedia page I put “earth born artist.” The Wikipedia people keep changing it because they don’t want you to change your own page. It doesn’t make a difference to me that much, like a mosquito biting you on your arm. words / q harris