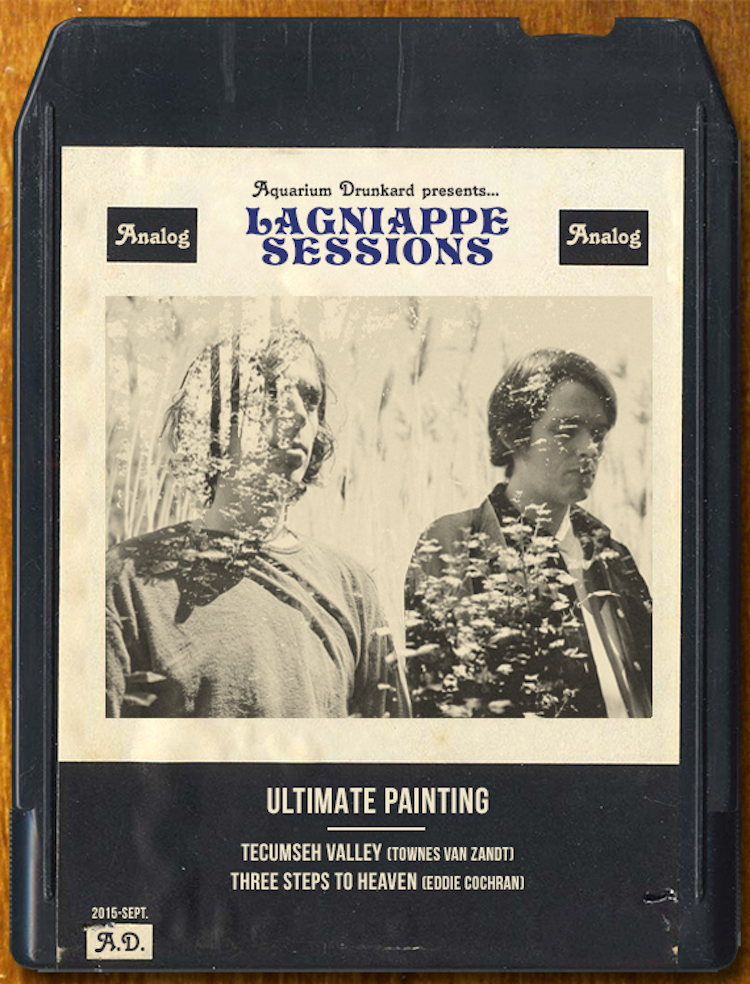 Ultimate Painting is the collaborative pairing of James Hoare (of Veronica Falls) and Jack Cooper (of Mazes). On the heels of the August release of their sophomore lp, Green Lanes, the pair return with their second Lagniappe Session for AD. While the first session found Hoare and Cooper paying tribute to artists as disparate as Fugazi and Sheryl Crow, here UP garner inspiration via rockabilly pioneer Eddie Cochran — covering “Three Steps To Heaven”, a tune Bowie himself nicked for “Queen Bitch” — and the Texas-sized troubadour that is Townes Van Zandt. The artists, in their own words, below.

It’s fun recording covers. With our last album we put time restrictions on ourselves and overthought the whole thing initially. It was nice getting back to doing something for the hell of it and that’s how it should be. I picked “Tecumseh Valley” by Townes Van Zandt. The arrangement is a little closer to his original recording rather than how the song evolved. Less verses. It’s a beautiful but very sad song and it never fails to knock me out every time I hear him sing it. We tried to give it a sort Dion “My Back Yard” feel, but it just ended up sounding like us.

I wanted to cover either a Buddy Holly or Eddie Cochran track as they’re both musicians I hold close to the heart and have grown up listening too. “Three Steps To Heaven” was the last song Eddie recorded before he was killed in a car crash. It’s a beautiful melody and his lyrics are eerily prophetic  (he was convinced he would die young and never got over the death of his good friend Holly a year previously). We added a new section to the song and gave it a Tommy James early 70s feel. I think Eddie would’ve approved.

One thought on “The Lagniappe Sessions :: Ultimate Painting / Second Session”