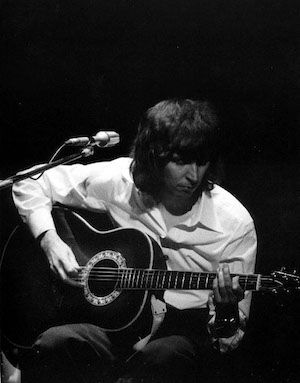 In 1966, Al Stewart was just one of a handful of singer-songwriters trying to drag the folk club scene out from underneath the dead weight of traditionalism. Along with the likes of Roy Harper, Jackson C. Frank, Sandy Denny, and John Martyn, Stewart quickly became associated with a legendary London venue of humble, low-rent beginnings. Opened in the basement of a Greek Restaurant by the restaurateur’s son and dubbed Les Cousins, the club was an epicenter for a new wave of musicians who were all bucking folk orthodoxy, not only by writing their own songs, but by reclaiming the folk idiom for themselves, making it speak to their experience of modern, mostly urban life. For them, pirate radio stations, long hair, and hashish-smoking were no longer beyond the pale. What was DADGAD, anyway, but one small step towards opening the doors of perception?

This may not have been The Year of the Cat yet, but it was the year of ‘Sunshine Superman’ and ‘Paint it Black.’ So, when it came time for Stewart to record for the first time, the implication that he was not a traditional folkie could not have been any more pronounced. The A-Side was a gimmicky bouquet of flower-power folk, called ‘The Elf’ caught somewhere between early Bowie and John Denver. It’s nice, but too nice. The nicely nasal elocution of the vocal, the nicely composed poetry in the lyrics–they’re all there, as but they’ve yet to accrue anything more than niceness.

The B-Side, however, is whole different story. The guitarist that Decca’s producer/arranger, Mike Leander, had booked for the session was none other than Jimmy Page, and this turned out to be propitious in a number of ways. The song chosen for the flip was ‘Turn Into Earth’ by The Yardbirds, the band with whom Page was about to become a full-fledged member. The track had appeared earlier that summer on The Yardbirds’ Roger the Engineer, and seemed to be cut from the same dark cloth as the band’s subsequent single (which also featured Page) ‘Happenings Ten Years Time Ago,’ all echo-chamber vocals and sub-raga rhythms (it was really no accident that ‘Tomorrow Never Knows’ arrived that same summer).

Stewart, Page, and Co. up the moodiness, however, along with the production value. That dreary-beautiful vocal break (respectfully echoed on the Allah La’s recent ‘Sandy’) now provides an atmosphere only hinted at in the Yardbird’s original. So much so the latter seems like a demo for the Stewart version. The groove is heavier, tighter, the pagan-strumming of the guitars driving the whole thing forward in much the same way as Keith’s bolero on ‘Paint it Black’. There’s also that killer hint of Hammer Horror menace (thank you, Mr. Page). Here we have a tune that brings together all that was best about British psychedelia–not just the whimsy of parks and tea-drinking and tulips, but an ethereal through-line from the Kinks’ ‘See My Friends’ to Pink Floyd’s ‘Arnold Layne’.

These were British kids, remember, unwilling to stick to one musical framework anymore (be it folk, blues, or pop). Theirs was a musical vocabulary that had absorbed Phil Spector, French Ya-Ya, and Donovan as much as Skiffle, Cecil Sharp House, and Muddy Waters. They were applying what they had learned, what they were hearing. It was a time when appropriation and defamiliarization were two sides of the same coin. In fact, the ‘Elf/Turn to Earth’ session was where Jimmy Page picked up Bert Jansch’s arrangement of the traditional ‘Blackwaterside’ (a tune he would later record, near-identically as ‘Black Mountain Side’). And who taught it to him? Just a Soho folkie named Al Stewart. words / dk o’hara