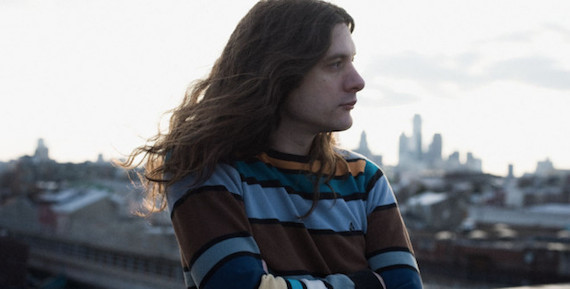 It’s not what you say, it’s how you say it. See, Philadelphia songwriter Kurt Vile has a way of saying things — understated phrases just tumble from his mouth, hovering over motoring heartland rock or spacey acoustic guitar drones. Vile’s shrugged shoulders, ah-I-dunno lyrical sensibility means he gets away with saying things other songwriters couldn’t. Words like “chillax.” “When I go out I take pills to take the edge off, for to just take a chillax, man, forget about it,” he coos on “That’s Life, Tho (Almost Hate To Say),” the fourth song from his beatific new album b’lieve i’m goin down… Recorded in nine studios in California, Georgia, Connecticut, New York, and Pennsylvania, the album refines Vile’s established groove. It’s a mellow and languid comedown album, primed to introduce him to an even larger crossover audience.

“That’s Life, Tho” is the kind of song Vile excels at writing. “Just a certified badass out for a night on the town,” Vile sings, with a guilelessness that suggests bemused, stoned swagger or maybe outright self-deprecation. “Ain’t it oh so exciting,” he sings, stretching out his syllables, “the way one can fake their way through life, hey but that’s neither here nor there.” Of course, it is the Here and the There, as Vile references potential damnation, hang gliding into Fitzgerald’s Valley of Ashes and over Flannery O’Connor’s Powderhead. “Yeah with fire, with fire a chosen one leveled the farm, I guess hell has finally frozen over.”