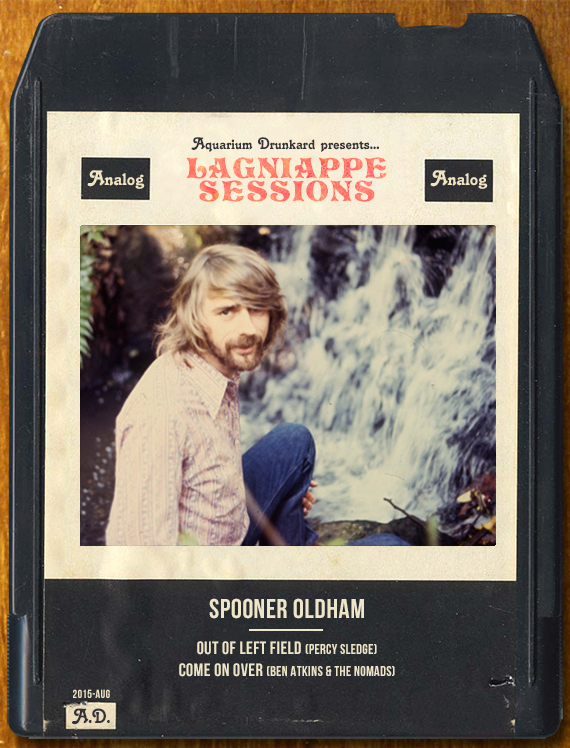 Zelig-like co-founder of the Muscle Shoals Rhythm Section, Spooner Oldham cut his professional teeth in Alabama at FAME Studios. After sitting in with the likes of Aretha Franklin, Percy Sledge and Wilson Pickett, Oldham then headed west to Los Angeles to further his reputation as a session man backing Dylan, Neil Young, J.J. Cale, Townes Van Zandt, Ry Cooder, Gram Parsons and beyond. As artists go, the man defines the word bonafides.

“Out of Left Field” – I was thinking of Percy sledge, who did such a wonderful rendition of the song. I always liked the Shirelles version of “Dedicated”, and I wanted to do a male version, as the words are not gender specific. “Come On Over” — by Ben Atkins & The Nomads — is an uptempo song, I thought would be fun to play along with Hutch Hutchinson and Phil Jones. It was.