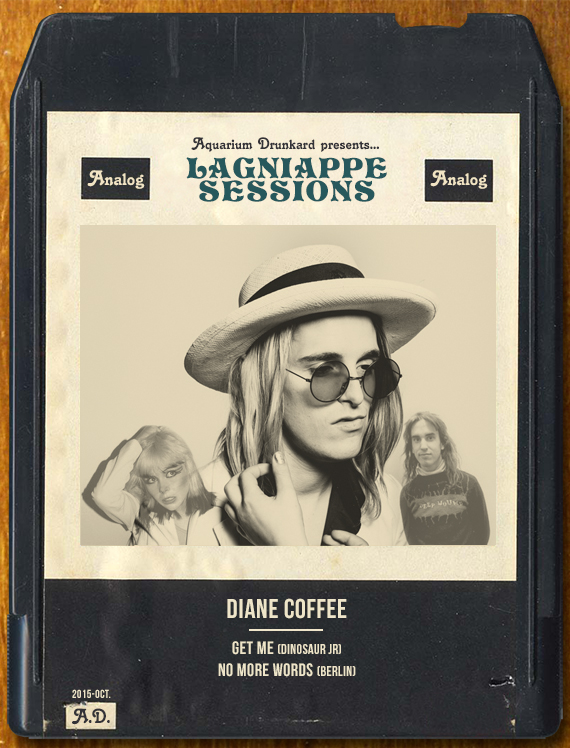 Notes: I chose these artists because they create music that is so completely different then what I do, yet are still musicians I draw inspiration from. With recording these songs I was able to push myself to rearrange the sounds and the formats. My favorite covers are the ones that sound nothing like the original.

One thought on “The Lagniappe Sessions :: Diane Coffee”