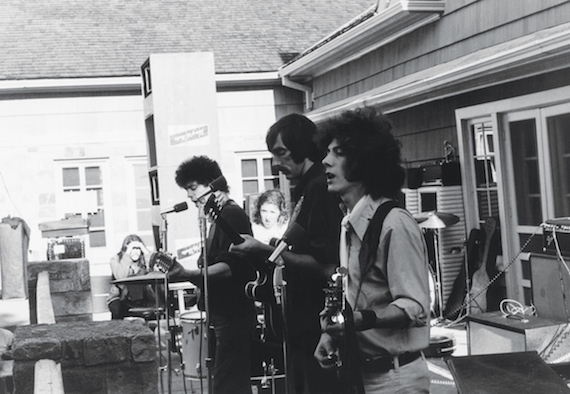 It’s a big couple of weeks for Velvet Underground fanatics, with Rhino’s six-disc Re-Loaded box set and the four-disc Complete Matrix Tapes both hitting shelves, immersing listeners in the band’s latter days. What we’ve got here today doesn’t appear on either release, but it links them. It’s the earliest known version of Loaded‘s signature tune, “Sweet Jane,” recorded by future Richard Hell / Lou Reed guitarist Robert Quine during an afternoon rehearsal at the Matrix. Played in its familiar “slow” arrangement from the Live 1969 album, “Jane” isn’t quite there yet, but you can feel how much the VU enjoys playing that now-legendary sequence of chords, grooving easily as Lou throws out a few (probably) improvised lines. Heavenly wine and roses, indeed. words / t wilcox

3 thoughts on “The Velvet Underground: Sweet Jane (Rehearsal) – The Matrix”