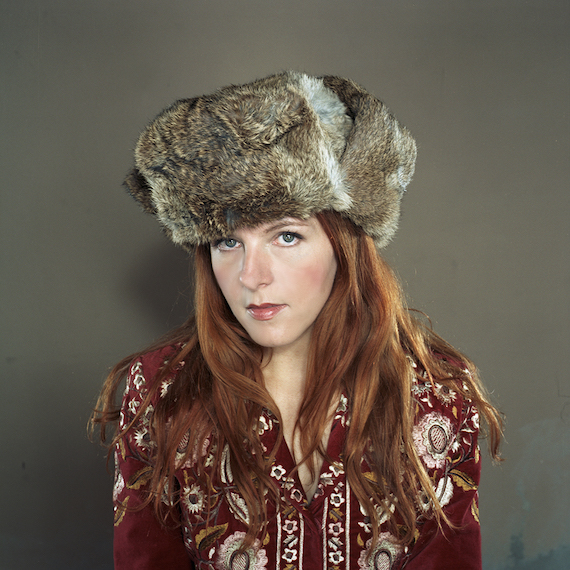 “It’s exciting and kind of spooky!” Neko Case writes in the liner notes of Truckdriver, Gladiator, Mule the new eight-album boxset collecting her entire discography, from her 1997 debut The Virginian to 2013’s The Worse Things Get, the Harder I Fight, the Harder I Fight, the More I Love You, summing up her reflections on 18 years of riveting, fierce, and beautiful music. Case is a singular artist, possessing a powerful, blustery voice and a black coffee sense of humor, and over two decades she’s crafted murder ballads and torch songs, heartbreakers and head bruisers, building complex worlds where forces of nature collide with confused characters. She sings her lyrics collage style, slipping between settings and times, and her arrangements often morph around her voice, shifting from twangy noir to charging pop.

Case’s work is often difficult to categorize, and stronger because of it. She’s a true original, connected to the wellspring of American roots music but always able to rocket that voice of hers into the stratosphere. Listen to “Star Witness” or “Night Still Comes,” for those moments where she belts it out full force; Neko Case makes exciting and spooky music.

Aquarium Drunkard spoke with Case via telephone from New York, where she ate a quick breakfast of oatmeal while discussing women with guitars, the punkness of gospel, and the violent nature of her lyrics.

Aquarium Drunkard: This boxset is really beautiful. 18 years of songs – do I have that right? Maybe a little more?

Neko Case: I wanted my own Roman column, essentially, but they don’t make those anymore, so I put out a boxset.

AD:Was it weird looking at your work in this sort of compact way, putting it all into one thing? Was that a strange feeling?

NC: It makes you look at time differently. Basically, I was shocked at how much time had gone by, but how brief it all feels. I’m not even really partway through my career yet, so some people have said, “Why are you putting out a boxset if you’re not near death or something?” I’m like, “Why not? I want to go to my own funeral.”

I just have so much so much stuff that I’ve collected over the years. [Through] working with my friend [artist] Kathleen Judge, who I work with a lot on stuff, and my friend Randy Iwata from Mint Records, I just realized how much stuff I have. I was planning on making a book that spanned my entire career, [featuring] photos and ephemera and writing, and I realized that there was no fucking way I could get even a little of it into an 80-page book. [Laughs] I realized I had to write a whole other book [to go along with the photo book], so I’m working on that now. Ideas make other ideas, which is a great thing and also a kind of unfortunate thing if you don’t like working. If it was just me who made all this stuff I wouldn’t be able to stand dealing with it. [I’d get] so fucking sick of myself. But there’s a lot of people I’ve worked with, so I’m looking forward to celebrating their efforts and telling demeaning, hilarious stories about them, and how they pooped their pants at the Shoney’s in Natchez. There’s no drug addicts or serial adulterers in my band. We have to just get the dirt that we got, so there’s an occasional pants pooping or maybe spilling salsa in the van, because rock & roll is some wild shit.

AD: You got your start in punk rock. What was it that drew you initially to country, western, rockabilly, and those torch songs you hear on the early records, like The Virginian, Furnace Room Lullaby, and Blacklisted.. How did that shift happen for you?

NC: Well, I’d always known about country music through my grandma and I’d always loved it, but I realized in the early ‘90s, that the punk rock scene had very few women in it. You know, people like X and the Cramps were still making music, but it was hard to find other women. As a young person, especially in the late ‘80s, I was discouraged looking for myself [in music]. Everybody looks for themselves in art, it’s a very validating thing. Music is that benevolent voice in the dark that’s there to stick up for you. I just wasn’t finding myself, and my friends weren’t finding themselves. I thought, “Well, here’s punk rock, which is supposed to be this amazing earth-shattering thing”, which it is, but it had kinda got a bit stagnant and it wasn’t diverse anymore. It was a bunch of white dudes being mad about politics and all saying the same thing. [Laughs]

I realized that the women of country music – and this is outside of rock & roll in general– the women of country weren’t just singing their own songs. They were writing them. Getting their photos taken, posing with guitars. I would have killed to see a woman in a punk rock band holding a guitar! There was a time where I didn’t even realize that Ivy from the Cramps played the guitar. I had even read the the credits and I was so ashamed and embarrassed when I realized what I was taking for granted. [The thinking was] women don’t play rock. I had to really change my perspective, and then things became much more rewarding. A lot of other people had that epiphany around then, too. Things start to change in a better way.

AD: Early on your stuff was lumped in some with the alt-country thing –

NC: Not really. I didn’t understand what that was about. I never liked that term. I didn’t really get it.

NC: I think I was more offended. There’s nothing fucking wrong with country music. It can be country music or it can be punk rock or it can be whatever. New country or “young country” or whatever they were calling it at the time, there was no danger of real country music being mistaken that for that, so I didn’t understand the need for a cute nickname for it. I didn’t want to be an alternative to country music. That could be calypso music or something. It doesn’t really make sense. I wanted to be country music, an evolution of it, a distillation of it…because I loved it so. I didn’t want to be separate from it. I know that’s not how they meant it, but I never really liked the term. It seemed like there was always a group of people they were trying to put together, and I was like, “I don’t do that.” I want to move laterally as well as back and forth.

AD: When you get to the point of “Nearly Midnight in Honolulu,” from the last album, it’s so freeform and experimental, but it taps into some of the same stuff you hear on the first record. As you’ve evolved, you had connections to those initial country sounds while being willing to blow the format up and approach it from a sideways angle.

NC: I’ve never been just one thing, ever. I don’t think anybody is. I guess there are people who are the vanguards of their movement, like Tito Puente is [to mambo music]. But, for example, I’ve been in the New Pornographers for the exact same amount of time as I’ve been making records under my own name. So there’s that band and my band, and I was playing in the band Maow. I never really felt like one thing, but I knew that with my solo project I wanted to honor country music, because I felt such a love for it. Like I was saying earlier about the disconnection of myself as a female living in America, you know, I thought Loretta Lynn was so much more fucking punk than anything. [Laughs] Rhyming words with the same words, singing about the pill, she’s talking about punching people and meaning it. She’s the man. Nobody was tougher than her. Punk rock wasn’t tougher than gospel music, either. I would buy gospel records from the ‘50s and ‘60s and the women who sang those songs – there were women and men, but what really killed me were the women – and they believed so hard and were so passionate. They laid everything to waste. In a nice way, not in a negative way.

AD: Sister Rosetta Tharpe is the punkest thing you ever heard.

NC: Yeah, and in terms of actually doing something and making a difference, you have the Staple Singers. Marching with MLK. We’re still learning from people like Mavis Staples and Pops Staples.

AD: There seems to be a certain kind of violence in your lyrics, and on the cover of Furnace Room Lullaby, there’s this ominous shot of you. Is that part of your lyrical sensibility, a sort of combative or violent stance?

NC: With the cover of Furnace Room Lullaby, I was really into those Weegee crime photos at the time. I was so sick of glamour photos, I thought, “Let’s do a Weegee crime photo instead.” Trying to be a sexy lady was not really working so good for me, I’d always look really stupid in those photos. But I don’t know if it’s a combative stance. It’s more like, “Fight the good fight, or, “Let’s not pretend that things are peachy.” I always think of Eastern European fairytales. They don’t treat little kids like they’re stupid or try keep them from realities. Nature in itself is incredibly violent, that’s how it creates and destroys and recreates. Eastern European fairytales don’t hide the wolf from the children. They don’t say the wolf isn’t going to tear you to pieces. But they will make something funny out of it. The wolf will eat you, but we’ll cut you out later and sew a bunch of logs in its stomach. The possibility of brutality is still in there, it’s still a good warning, but it’s a positive thing – even though it’s ugly – to not pretend there isn’t violence.

AD: That’s the other thing that comes up over and over again across your discography, wild imagery and unpredictable forces of nature: tigers, foxes, cyclones. Do you have any thoughts about where that comes from in your writing?

NC: I spent my early years without parents really around, but I always had dogs. I felt raised by my dogs and I felt safe with them and cared for. That just seemed like a very normal thing. When you’re a little kid, you don’t know that what you’re experiencing isn’t necessarily normal. You just think that’s how it is. And dogs, like us, are kind of half domestic and half feral. We could probably use a little more of our instincts than we do. word / j woodbury