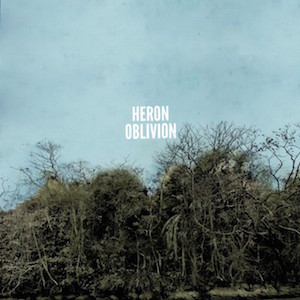 Heron Oblivion may be the eponymous debut of this San Francisco based band, but for the musicians involved this is far from their first rodeo.

Ethan Miller and Noel Von Harmonson endeared themselves to fans of intense guitar music everywhere as part of Comets On Fire, while Charles Saufley was a member of kindred spirits Assemble Head In Sunburst Sound. Drummer/vocalist Meg Baird (formerly of Espers) released one of our favorite LPs of 2015; the gorgeous, pastoral folk Don’t Weigh Down The Light. And while that acoustic based record (also featuring her husband, Charles Saufley) may sonically appear to be from another universe as Heron Oblivion, those disparate spaces are indeed parallel and complimentary. Even when the guitars are at their most raging (as on the incredible “Oriar”), Meg’s earthy, rich, and flat out gorgeous vocals (think Sandy Denny) float in the ether above the fuzzed out, wah wah’ed madness. And while the collected influences are palpable, the group not only carves out their own sonic space, but manage to bring a wholly unique, individualistic flavor to the format.

Made up of seven tracks of varying textures and moods, this is the type of work that brings to mind just why the classic long-player format will never die; not as long as there are brilliant collectives of musicians creating works such as this. words / d see