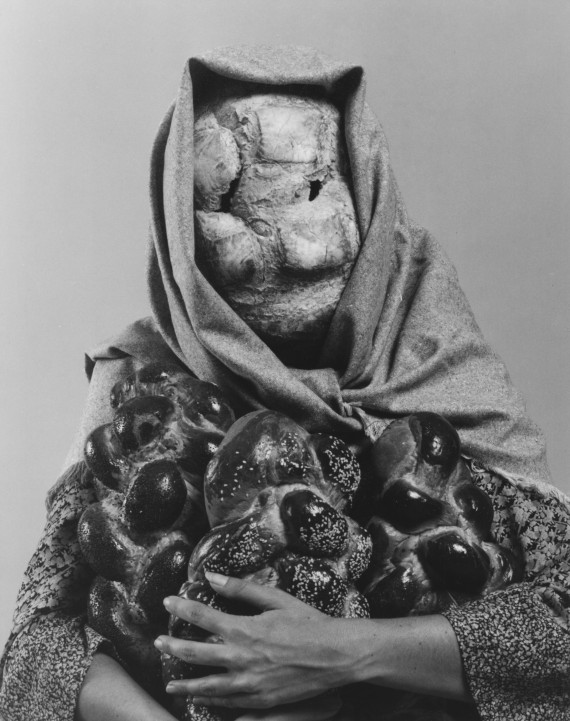 The genesis of Breadwoman stretches back to the early ’80s, when performance artist Anna Homler found herself singing while driving through Topanga Canyon, chanting out in a strange, rhythmic cadence. Homler’s melodies weren’t from any language she recognized, but felt like more than just absentminded moans or nonsensical babbles to her. “I still remember the moment,” Homler says via the telephone. “It was a language I didn’t know but it was musical and melodic.”

She began to tape these songs, and a few years later teamed with experimental composer Steve Mosier to shape them into an album called  Breadwoman, named for a character she’d developed around the songs: a woman, her face and body obscured by bread, an mythic representation of a woman “so old, she’d turned to bread.” Released in 1985, the album represents the intersection of experimental art, tape culture, and electronic music in Los Angeles in the 1980s. It’s collected, along with two more compositions, as part of RVNG Intl.’s Breadwoman & Other Tales. The collection is beautiful and otherworldly, Homler’s  glossolalia drones playfully weaving in and out of Mosier’s bending synth  melodies, sound effects, and rhythms. There  are nods to various cultures — tonal similarities to African, European, and Native American musics  —   but their experiments feel untethered to specifics, not so much “world music” as “other world music.”

Since the first Breadwoman experiments, Homler’s thrived making  art and music, with Mosier and others, like English violinist Sylvia Hallett (their 2012 album, The  Many Moods of Bread and Shed, is particularly worth checking out) but the new reissue has brought her focus back to the Breadwoman character and concept. She discussed it with Aquarium Drunkard.

Aquarium Drunkard:  When you first began singing on that Topanga drive, what were you thinking? Were you asking yourself, “What is this?”

Anna Homler: I wasn’t thinking at all.

AD: How did you realize you weren’t just humming or singing absentmindedly?

Anna Homler: I recorded it. In those days, we all drove around with little cassette players. I just taped over one of my cassettes. I noticed that every time I got in my car, the songs would just sort of come to me. [They would come] when I was washing dishes, just doing any sort of mindless task. They would be there. I recorded them, paid attention to them, and that’s why I think they didn’t just disappear into the air.

AD: What term would you use to describe what you were doing? Did you feel like you were channeling or receiving something?

Anna Homler: I felt like [the music was] deep inside of me, not that it was something coming through me. It was something that was a part of me. They were cellular songs, very organic sounding.

AD: You come from a background in anthropology…did you want to try and parse the origins of these songs or were you content to  leave them as a mystery?

Anna Homler: I liked it being mysterious…I was going to say I tend not to analyze things too much, but I think actually I do. [Laughs] But in this case I didn’t; I just trusted the songs and watched them. To me, they were kind of like dreams. I was always writing down my dreams, but I wasn’t analyzing them. I was just a witness to them and [began] noticing after time if certain images or landscapes reappeared, common symbols…It wasn’t until years later I actually did anything with [the songs]. 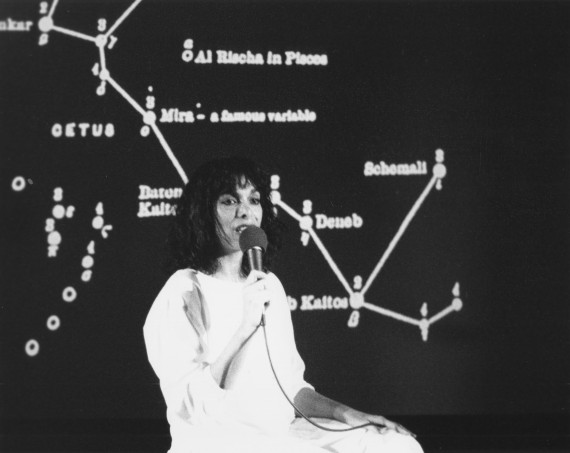 AD: Was that the point at which Steve Mosier composed music to go along with them?

Anna Homler: That’s when I met Steve. I played him some of the cassettes. I had drawers and drawers of cassettes by that time. There was a series that High Performance magazine was putting out of the music of different performance artists in L.A. at that time. They invited me to do a cassette. I’d heard Steve’s music and asked if he wanted to collaborate.

AD: What kinds of things were you listening to apart from that? Were you tapped into the L.A. music scene?

Anna Homler:  Not at all. I was more tapped into the performance art scene…what I listened to was completely different. I listened to Meredith Monk, Burundi  women singers. Ethnic women from around the world. The blues…but mostly women singers from other cultures. They were my sonic support group. I wasn’t trying to copy them in any way, but they were sounds I felt familiar with.

AD: At one point in this creative process did your visual presentation of “Breadwoman” develop? Was it after Steve had composed the music?

Anna Homler: The music came first, but at the same time I was growing a character. It was different threads coming together in a braid. It was just me wanting to wear bread, having the desire to wear bread. I didn’t think of it at the time as connected to the music. They were separate things and you connect the dots.

AD: Have you given much thought to that desire to wear bread, or is it like the music in that you don’t want to analyze it too much?

Anna Homler: I was studying performance art, and you just kind of go on your hunches, inclinations, and impulses. My way of doing things was on one hand intuitive and on the other the [result of] a lot of research. I wanted to wear bread – have that experience – of putting bread on my head and being this other being, and at the same time I started researching the image of bread, [wondering] was there a Breadwoman archetype?

I think the goddess Isis in Egypt was the first bread woman, even though she didn’t look like I did [as Breadwoman]. She was called the “lady of the loaves.” The temples were near the bakeries. Bread had a big value in Egypt, though it probably didn’t look like the bread we know.  In America bread is not such a big deal as it is in Europe. What do we have in America? We have bagels and muffins. [Laughs] In Germany, people go to the bakeries and buy these different breads. It’s a different bread culture. In America, we have Wonder Bread. But [Breadwoman was]  going back to ancient bread. There are these beautiful breads out there that look like stones, they look ancient and archaic. I had a great time while doing my performance as Breadwoman of collecting ancient looking breads and placing those around her. I remember that being a lot of fun… words / j woodbury

One thought on “Anna Homler :: The Aquarium Drunkard Interview”