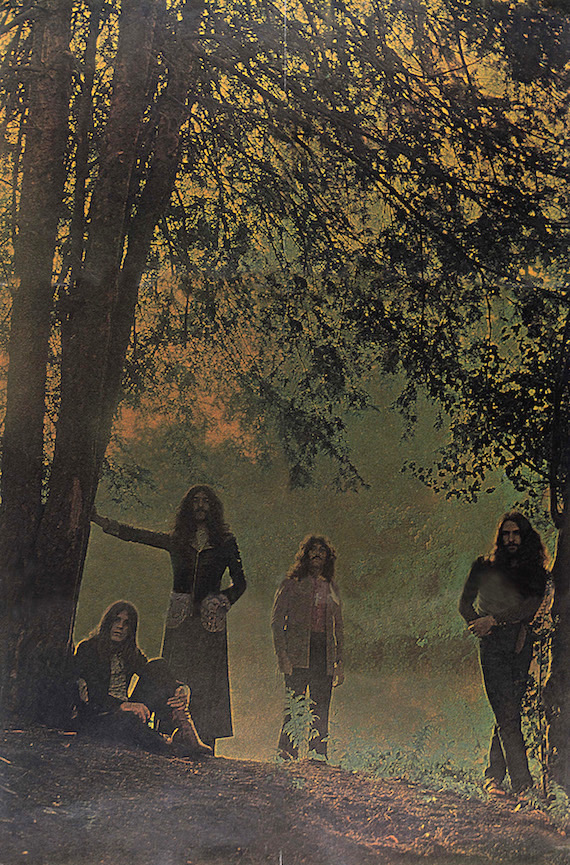 Like so many facets of modern life, music fandom prior to the birth of the Internet was a different time. While a large swath of the history of recorded music is now but a search engine query away, in those pre-Internet days it wasn’t so easy. [our shot slowly fades into sepia…] Much of my free time was spent hovering over fading music magazines in the library (both in print and microfiche), soaking up reviews/interviews, as well as digesting tomes such as The Rolling Stone Album Guide (think of it as the allmusic.com of its time). One thing I could never understand were the near unanimous critical beatdowns that were regularly bestowed upon the mighty Black Sabbath during the 70s. Like many, my own record collection began as hand-me-downs from family members, and several Sab slabs were among the records I voraciously spun on the regular. How DARE these writers rip a band like this?!

While music history can sometimes (often?) be full of bogus revisionism, the rise of praise for Sabbath is one area of reappraisal that was long overdue. Today, it’s en vogue, almost cliche, to site these Birmingham lads as an influence. This writer is no jaded cynic, and it pleases me to no end that seemingly everyone from twee indie rockers to the sludgiest bongwater scented riff-meisters now cite the influence of the band.

The past two decades have been swell times for the fans; not only have we seen and heard the unthinkable (reunion gigs with all four members), but the band has continued on and released new music that has served as a fitting epitaph to their legacy. In conjunction with the band’s final tour, Rhino records has begun a massive campaign of reissues – full of rarities that were previously unissued in the states – that sends them out in style. Thus far, the first three albums have been released, and they sound fantastic. In addition to music, the packaging features in depth notes, rare photos, and graphic reproductions of extremely rare international vinyl releases.

The self-titled first album (released Friday, February the 13h, 1970 in the UK) is a milestone, and one that many fans and critics cite as the birth of heavy metal. This raw, timeless to the bone record was said to have been recorded in a mere twelve hours, in a single day. The original release is a stone classic, and showcases the band with very few overdubs. The alternate take of “Black Sabbath” shows just how fully formed the band’s ideas were when they entered the studio to cut their debut. There may be a few slight flubs (and it’s also missing the glorious end tag), but ALL the elements are there. In fact, it was a struggle to hear ANY differences in the alternate version of “The Wizard”; it’s remarkably close to the released version. This band was tight. “Behind The Wall Of Sleep” is one of the most memorable tracks from the debut album; its shifting grooves and menacing vocal sounded like nothing else before it. With this reissue, we now have an alternate version with a single tracked Ozzy vocal as presented here. The released version is freakier, but it’s interesting to hear it in a more raw form, here.

While the debut album became an underground success, the group followed its release up quickly with Paranoid in September 1970. With this record, the band became a massive success, hitting the #1 spot in the UK album charts, and #12 in the US (where the group received little to no airplay). The title track also hit #4 in the UK charts. As Paranoid was written quickly in the studio, an alternate take is presented in this set which features an entirely different set of lyrics. While the released version is undoubtedly superior, it’s a fascinating listen. The alternate version of “Planet Caravan” is a revelation; not only does it feature alternate lyrics, but the vocal is straightforward here, without the trip underwater effect as heard on the released version. The Paranoid bonus disc features several instrumental outtakes which clearly demonstrate the remarkable musicianship of the band. “Electric Funeral” is especially interesting, as the guitar part is presented sans wah-wah.

While every fan has their favorite, 1971’s massive Master Of Reality is the band’s crowning glory. The riffs are unforgettable (thanks in part to Tony Iommi beginning to tune his guitar a full step lower than concert pitch which cranked up the evil gauge to 11), and the songwriting has progressed, yet was still in touch with the band’s raw roots. Thankfully, the bonus disc for this epic release is also the most satisfying. The companion disc kicks off with the pulverizing “Weevil Woman”; a song that was unfortunately abandoned at the demo stages. The odd title was (more than likely) a nod to the song they were strong armed to record as their debut single (the unrepresentative and downright silly “Evil Woman”, itself heard on LP #1’s bonus disc). I would vote this track as the greatest of all the bonus material, and one that truly should have made it to the finished album. We are also treated to an alternate take of “Sweet Leaf” (perhaps the most crushing riff ever put to wax by anyone) that features borderline-silly lyrics that don’t carry a hint of the released paean to pot. Also of note is an early take of the menacing “Children Of The Grave”, once again with alternate lyrics, and an alternate “Lord Of This World” that features an unused slide guitar part, and a downright deranged vocal from Ozzy. words / d see

We are giving away several deluxe editions of Sabbath’s first three studio albums – Black Sabbath, Paranoid and Master of Reality, along with a reissue of the live classic Past Lives. To enter to win, leave a comment with your name, along with which album first turned you on. Winners notified, via email, Friday.