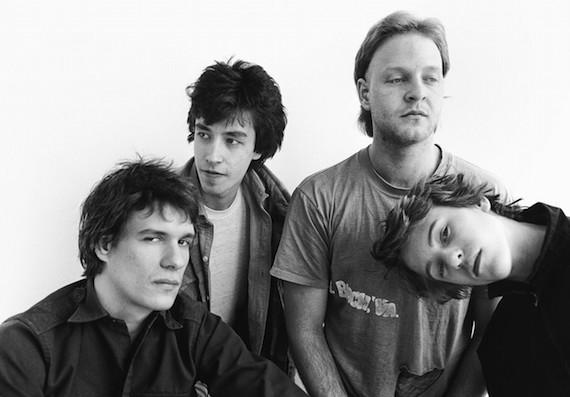 The introduction to Bob Mehr’s Trouble Boys: The True Story of The Replacements is set in a funeral parlor in Minneapolis in February of 1995. As readers, we don’t get back to the events surrounding this for another 400 pages, but the eventual demise of guitarist Bob Stinson hangs over much of the book like the Ghost of Christmas Future. But so does the eventual burnout of the band itself – one many considered the best American rock and roll band of the past 35-plus years. However, the flames burn bright in the meantime.

That introduction is only part of what makes Mehr’s book – nearly six and a half years in the works – as great a read for hardcore ‘Mats fans as it is for casual enthusiasts alike. The opening section focuses on the band’s founding members – Bob and Tommy Stinson, Paul Westerberg and Chris Mars. The Stinson insight is particularly haunting. Abused by his step-father, Bob Stinson’s teenage years become a succession of rehabilitation homes for juvenile offenders and those diagnosed with mental disorders. Music, ultimately, becomes a life-long escape for him, but unfortunately, not the only one.

As the band slowly congeals into what became The Replacements, a magnificently detailed depiction of late 70s/early 80s Minneapolis is chronicled around them. Mehr’s exploration of the scene surrounding the band – the record shop Oarfolkjokeopus; Twin/Tone Records; the CC Club; The Longhorn, Sam’s, First Avenue and the 7th Street Entry – is as vivid as the life of the band members themselves. Various characters swim in and out of the band’s existence, but Mehr fleshes out a good many of them, spending great amounts of time with key players Peter Jesperson (the band’s first manager), Paul Stark (Twin/Tone co-owner), replacement-Replacements Bob ‘Slim’ Dunlap and Steve Foley, and various album producers and record label executives.

It’s through the relationships with these people that gives the book its power as an unflinching look at world of The Replacements. While clearly a fan of the group, Mehr stays neutral, holding up examples of the individual members flaws, both professional and personal, throughout the book’s course. He is also to be commended for digging into the psychology of the band’s infamous behavior, looking at the roots of of their erratic and often self-sabotaging actions and what it might have signified. In this, it helps that nearly all of the living members of the band agreed to work with Mehr on the project. The 1986 firing of Bob Stinson is fleshed out in great detail as are the events that lead up to his eventual dismissal. While it’s always been easy to paint Stinson’s firing for substance abuse issues as somewhat hypocritical, given the rest of the band’s notorious intake, the book lays out the growing concern from people around Bob, not just his bandmates, in terms of what it was doing to him. Knowing the eventual outcome, it’s tough to feel anything but sadness as Bob’s life begins its downward trajectory.

Most surprisingly, the Don’t Tell a Soul and All Shook Down sessions are a fascinating look into records that are not necessarily canonical favorites among the band’s fans. The frustration over two recordings sessions for the former and the ‘band in name only’ vibe of the latter (which still lead to at least Tommy Stinson feeling it was a truly great record) gives fans another reason to revisit these records with new insight in mind. Mehr’s timing on writing the novel also managed to coincide with the recent reunion of the band, and the book’s epilogue thankfully takes the time to explore the post-’91 breakup years – including a heartbreaking section about Bob Stinson’s final years and days – and the eventual reunion in 2012.

For Replacements fans, Trouble Boys is a fascinating, sad and beautiful read and for those unfamiliar with their work and legacy, it’s still a great biography. At Bob Stinson’s funeral, Paul Westerberg leans in to whisper to the late Stinson’s ex-wife that “we were just kids,” as if making an explanation or apology for everything that had happened. Trouble boys until the end, it makes their art and their story all the richer. words / j neas

We are giving away a big Replacements package, comprising a unique painting of the Tim cover by noted artist Steve Keene, a 4-LP The Sire Years boxed set, a Replacements slipmat, the rare promo-only ‘Mats (instant) Grat 7” of ‘Can’t Hardly Wait (The Tim Version)’ b/w ‘Portland’ & a copy of Trouble Boys by Bob Mehr.   To enter to win, leave a comment with your name and how you first came to know the band. Winner will be notified via email.

185 thoughts on “Trouble Boys: The True Story of the Replacements”