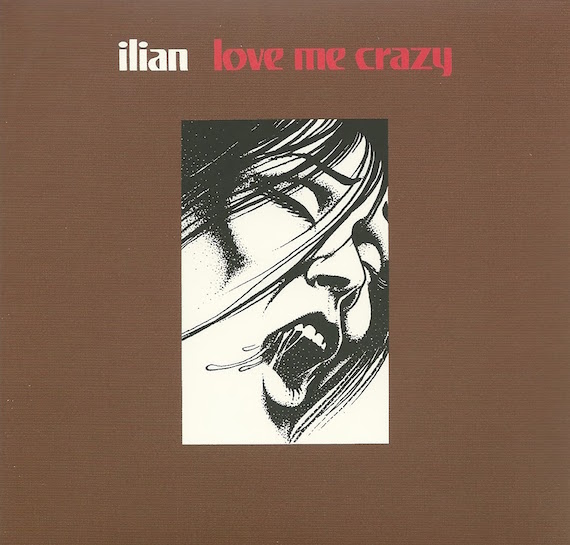 “Anybody can throw a bunch of licks at your face,” Endless Boogie’s Paul Major writes in the liner notes of Anthology Records‘ new reissue of Ilian’s 1977 pop gem Love Me Crazy. “Communicating, telling the story is where it’s at.”

“When you hear my songs, you always good,” Leon D. Nahat — Ilian himself — says from his place in Flagstaff, Arizona. “When you hear a song and you want to play it again, that’s a formula for success, I think.”

As is the case with many neglected private-press records, success, at least in the form of chart-topping singles, didn’t happen for Ilian. But that other part — about writing songs you want to play again as soon as they finish — Love Me Crazy has that going on in spades. Ilian’s guitar pop is ebullient. The ping-ponging riffs of the title track, the jazzy glide of the spiritually seeking “Saturday Song,” the propulsive groove of the instrumental “Wildman” — these are songs with heart and a tunefulness. Influenced by disparate groups like the Stones, the Beatles, Mahavishnu Orchestra, and Paul Davis, the songs reflected Ilian’s personal taste and desire to pen universal kinda songs.

When Ilian had recorded it, he was something of a rock & roll veteran. He got his start in Detroit, where he formed a band called Fat Daddy Puck in 1970, covering blues rock by groups like Savoy Brown, Butterfield Blues Band, and the Yardbirds. The group moved to Phoenix, Arizona, soon after. “We took over Phoenix, pretty much,” Ilian says. Along with the move came new stylistic touches, and he began to incorporate jazz touches and R&B. Ilian began to narrow in on the kind of music he wanted to put on tape. “I was completely into writing tunes that could get played on crossover stations.”

Fat Daddy Puck came to an end, but Ilian quickly find himself playing in Zephyr, replacing guitar hero Tommy Bolin, whom he’d met when the bands played a gig in Phoenix. His stint didn’t last long — he apparently distracted the crowd too much from front woman Candy Givens. He made his way back to Phoenix, where he ended up backing up Dottie West and Chuck Berry for a series of shows. “He needed some back up players,” Ilian says of Berry. “A club owner got me and Doug Brown [Fat Daddy Puck keyboardist] to back him up. That was a lot of fun — we tore it up. I was following him around, tuning his guitar while was doing his Chuck Berry shuffle.”

From Arizona, he decamped to Hermosa Beach, where he built a small studio to record his new songs, songs like those that appear on the re-pressed record — progressive, sophisticated pop songs. He recorded a lot there, though sadly, much of the material has been lost, including a record he sent to CBS and never got back. But thankfully Love Me Crazy managed to get pressed, by a small label called Album World out of Nashville. It was a “tax-loss” label, Major writes in explains in the notes, which pressed small quantities of records “with a goal of losing money on them to scam the IRS.” It wasn’t a square deal, but at least it allowed his songs to get out there. The new deal with Anthology promises to reach even more people, a prospect that delights him. “They’re doing a great job   getting the album out there.”

After Love Me Crazy‘s release, Ilian focused on his career outside of music — doing quite well with a water systems company and coin dealing — but he never quit music, playing to this day. “I never quit writing,” he says. “I have a plethora of new songs.” Particularly excited about a new one, an easy, breezy song called “Don’t Worry About It.” It’s the kind of song he’s spent his entire life trying to write — an ode to positivity in the face of bad deals and bummers. “It relates to everybody,” Ilian says, humming a few bars. “People let things get to them in life, all the trials and tribulations, and they think they’re not going to make it. I say: don’t worry about it.” words / j woodbury

One thought on “Ilian :: Love Me Crazy”