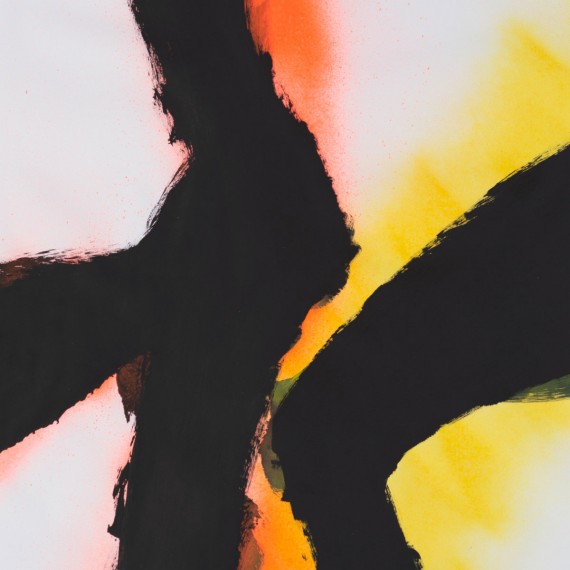 Composer Rob Mazurek is no stranger to high concepts: His Exploding Star Orchestra has plotted albums around the cycle of galactic death and rebirth; Return the Tides: Ascension Suite and Holy Ghost was centered around the idea of energy transference, inspired by his mother’s passing; Alternate Moon Cycles was a patient drone constructed in alignment with lunar luminosity. So, the science fiction ambition of his new LP Alien Flower Sutra isn’t unusual in the context of Mazurek’s discography, but in vocalist Emmett Kelly of the Cairo Gang, he’s found a powerful storytelling ally.

Originally conceived as an opera, Alien Flower Sutra tells the story of “a cybernetic organism struggling to reconcile the human buried inside their computer-regulated psyche.” Kelly provides vocals and first-person lyrics on the album, his skeletal melodies and guitar work wrapped in noisy soundscapes and washes of modular synthesizer by Mazurek.

The resulting album features a haunting, moving saga, Kelly’s words stretched over songs like “”I Untied My Wrists,” “Embryo Genesis,” and finally “We Are One.” Mazurek brings violent, chaotic charge to the songs, but Kelly’s words continually pull the listener back in to his character’s grief at the sight of bombs, bodies running toward water, and the uneasy tension between machine and man. “We all can become anyone/under cross electric fire/in the prison, we are one/a good companion in the steel,” he sings.

The sounds move quickly between heavy drones, minimalist loops, and ambient folk, always accentuating the emotional tenor of the subject matter. “The spaces inside me, cavernous ricochets,” Kelly sings, the music matching his illustrative language, rife with longing and electric wires.

The album ends with “Overture Towards the Beginning of the End of Time,” its blown-out melodies offering a kind of scorched triumph. Kelly doesn’t sing here, perhaps suggesting the occurrence of singularity between flesh and circuitry, or perhaps implying the unit’s creased operation. It’s beautiful, compelling speculative fiction in the vein of William Gibson’s cyberpunk tales or Leiji Matsumoto’s romantic Galaxy Express 999. words / j woodbury