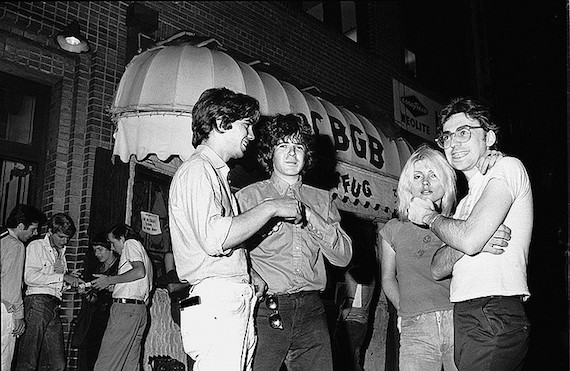 I ripped this version of Blondie’s cover of The Shangri-Las “Out In The Streets” a few years back, via youtube, having failed to locate an ‘official’ version. Blondie freaks, feel free to learn me in the comments as to its provenance.

Unlike the rendition found on the 2001 reissue of the group’s eponymous 1976 debut, here we find the band sticking much closer to the song’s original aesthetic intent.

Blondie :: Out In The Streets (Demo)