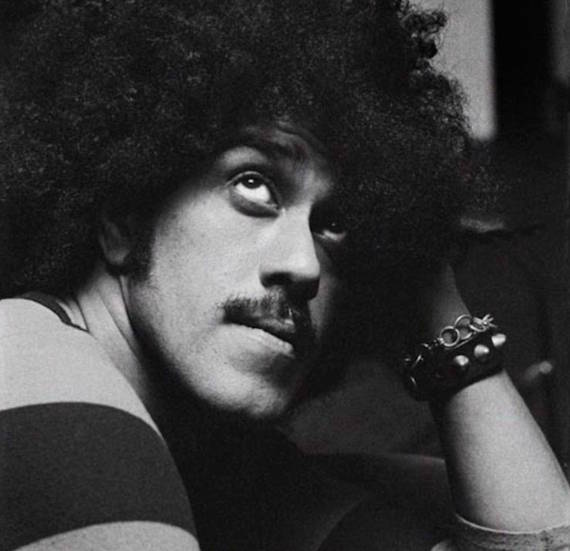 Pastoral acoustic guitar, sylvan flute: both ornament a gentle song lamenting the government’s displacement of the singer and his “old dad” in order to erect a new highway through their homestead. Before Phil Lynott was leading Thin Lizzy through the thundering “The Boys are Back in Town”, “Jailbreak” and other machismo-laced hard rock anthems, he was lead vocalist on this 1969 song as part of an Irish group called Skid Row (not to be confused with the 80s hair band of the same name).

The track, “New Faces, Old Places”, is found on a one-off single paired with Gary Moore’s upbeat blues shuffle “Misdemeanor Dream Felicity”. Moore was also in Skid Row at the time, and would later join Lynott in Thin Lizzy for a spell. A charming relic of the late 60s, “New Faces” was written by band founder Brendan “Brush” Shields and falls nicely into the earnest, incense-infused, ‘hippie vibe’ of artists such as Donovan and the Incredible String Band.

Barely 20 years old at the time of recording, Lynott was already comfortable in his vocal approach, if perhaps a bit more tentative than the Lizzy years. With Skid Row, the youth and vulnerability in his voice help carry the tune, conveying the powerlessness, innocence and sadness of Lynott’s situation — the breaking of family ties and the eradication of old ways before the tide of progress. And while Lynott would go on to write and sing a few mellow and sensitive songs of his own during the Lizzy years, he never got quite this folky again. As such, “New Faces” stands apart as an enjoyable incongruity in a long career that’s now remembered more (if not always justly) for swagger than subtlety. words / r caldwell