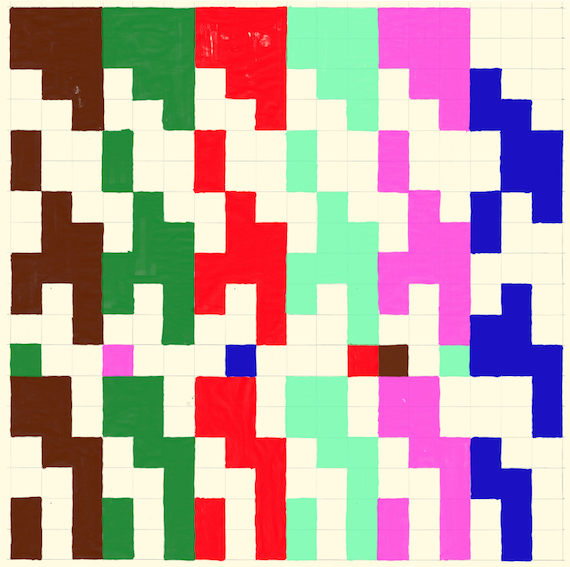 It’s hard not to slip into ridiculous hyperbole when it comes to 75 Dollar Bill. Best band in New York City? Best band in the USA? Best band in the universe? Whatever conclusion you come to personally, you’re gonna love the instrumental duo of guitarist Che Chen and percussionist Rick Brown. They’ve definitely nailed down a thrillingly original sound, centered around Chen’s specially designed quarter-tone guitar — something about his tone cuts right to the quick, with North African riffs blending into juke-joint boogies into more avant territory. Brown’s impressively minimalist setup (he mostly plays a wooden crate) is a perfect fit, adding a hypnotic thump to the mix. The whole thing is a little hard to describe, but trust me on this: 75 Dollar Bill is amazing.

On the band’s latest release,  Wood / Metal / Plastic / Pattern / Rhythm / Rock, the group expand the lineup — baritone saxes, droning violas and contrabass — and deliver their most powerful music yet. Things feel a bit more composed and fleshed out as opposed to the improvised feel of some of their earlier recordings, but it works just fine: four mindbending tracks, each one a delight. The opener is called “Earth Saw,” and yeah, it sounds as if Brown and Chen are slicing through tectonic plates. “Cummins Falls” rides a mutated Bo Diddley beat to the heavens. The closer, the almost 15-minute “I’m Not Trying To Wake Up” is especially great, coming on like a reimagined “Marquee Moon,” all whiplash guitar lines and swelling crescendos. It’s the kind of song that stands up to any hyperbole you’ll want to throw its way. words / t wilcox