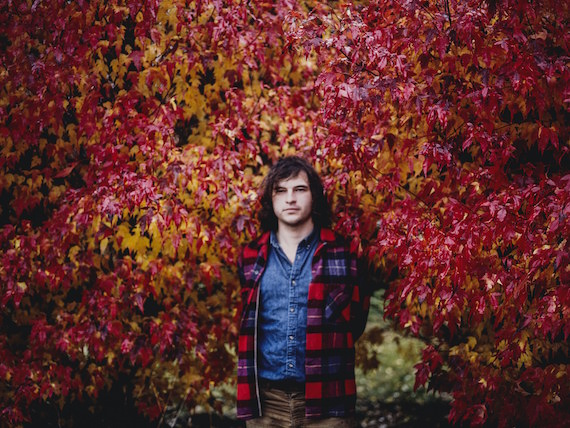 Ryley Walker’s Golden Sings That Have Been Sung, his third record in as many years, finds the singer/songwriter/guitarist fully coming into his own. On two previous two long players, comparisons to artists like John Martyn, Bert Jansch, Tim Buckley, and Nick Drake dominated conversations about Walker, but his latest finds him exploring English jazz folk through the unique lens of the Chicago experimental scene he came up in, folding in elements of improvisational jazz and experimental textures. Backed by members of Chicago outfit Heath&Beauty and working with producer Leroy Bach (formerly of Wilco), Walker blends and synthesizes his various influences, creating his most fully realized work to date.

On the record, Walker moves away from the pastoral visions found in earlier work, searching instead inward. Having previously described his music as “Sunday morning music for Saturday night people,” here Walker details the early morning hangovers as much as the nighttime blisses, collecting his most personal lyrics yet. Chief among them: the noir vamp “Funny Thing She Said.” Over brushed drums and stand up bass, he sings with a narcotic drip about a nebulous tryst. “How you come with the day / and you leave with the night / yeah, your lips taste like honey, child / but I know you’re drinking wine,” he sings, going on to describe himself as “no easy meadow,” a man psychically, physically, and emotionally dislocated on the road. Despite the intensity of their time together, Walker can’t find continuity and his lover keys into the disconnect; she sees him giving her a child, but questions why he even came over last night. “Saturday night meant nothing,” he sings, presumably from her perspective, “But I know that Sunday was true.”

“Funny Thing She Said” finds Walker at his most honest and conflicted, typifying the truthfulness that elevates the record. It’s an album about where Walker is now – the bars he frequents, the friends he jokes with, the knowledge he lacks (“I only have a Christian eduction,” he offers on “Sullen Mind”). It’s a record about Walker facing life at it now faces him, and it’s no easy meadow, indeed. Recently, Walker tweeted about Amen Dune’s Love, which “really defined this last couple years of listening” for the songwriter. Covering Amen Dunes for AD, he sang “Everybody’s crazy / crazy to say I love you.” That openness fuels Golden Sings That Have Been Sung, a sense of being mesmerized by the human condition, his songs paying songs proper and wonderfully uncertain tribute to this. words/c depasquale

One thought on “Ryley Walker :: Funny Thing She Said”