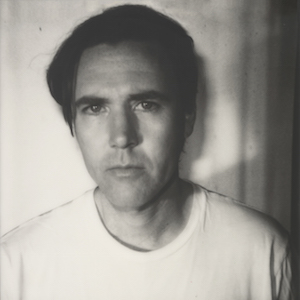 “Oh, please tell me you academics, how do you wake up from a non-dream?” That impossible question is one of many loosed by Cass McCombs on his latest album, Mangy Love. It appears about half way through opening track, “Bum, Bum, Bum,” a nuanced lament about institutionalized and violent racism, built on a smoldering, descending melodic line. Mangy Love sports a new sound for Cass. His roots-inflected poem-songs have mutated into a snakey hybrid of slow jam soul music, half-Dead guitar psychedelia, and zig-zag no-no wave. All of this with a fuzzy, glow of aural nostalgia. It’s different but the same–the soul of his poetry is as clear and beautiful as it has ever been, minus the endearing sprawl of his past few deposits of work. “You think you’ve heard it all before/ well, here’s once more/we’re all at war/bum bum bum.” I think Cass considers himself a “craftsman” rather than an “artist” or “activist,” striving to attain an egoless practice but unable to tune-out that ear that’s to the ground. A difficult, contradictory endeavor, but he only ever gets better at it. “If it’s so easy, you try… here, you try” he sings from “Medusa’s Outhouse.”

That said, attempting to discuss, praise, parse, or “review” work by Cass feels futile and perverted… like lining up with the hapless, helpless “academics.” All head and no heart. Instead, it’s feels more appropriate to think of Mangy Love as an ancient redwood forest, and a spin of the record as a sort of walking meditation, an attempt to listen and to harmonize with the environment.

Chatter around Cass tends to focus on how he’s mysterious and oblique, a monosyllabic interview, and always-wearing sunglasses. It seems like biographical details follow him around like lost dogs looking for their owner (mange is caused by parasitic mites and afflicts the skin, the surface organ, of man’s furry friend). This is a guy who–in a particularly laudatory profile for The Washington Post–expressed a desire to see all of his records destroyed and that “biography has nothing to do with craft.” Back in 2011, when Cass–bless him–was conducting press via mail, he remarked “the greatest art of any era comes from anonymous sources.” These are provocative claims, but they reveal an artist who wants to melt away into his craft, to assimilate into folk consciousness as opposed to self-consciousness. But we live on an Earth dominated by a capitalistic hegemony. There’s contradiction here: Mangy Love is out now on ANTI- Records; it’s reified art. The inherent sin that sticks to our bones in this “rancid world” until we let go of them and float on up to heaven. “No rhetoric and no gold for bards” he sings on “Cry.” So let’s relieve ourselves of any attention to Cass McCombs the man and focus on the poetry, the sound, and how the two journey together through whatever folk-consciousness our stained brains can muster. Is that a cigarette butt I see in that redwood tree? Is it still burning?

In the spirit of disrupting commodity and to help find points in the forest on which to focus, let’s break down the boundaries of “album” and “song” and allow Mangy Love to bleed into records of the past. Peer at the unseen roots below the tree. Cass has said “Rancid Girl” is a love song, “Opposite House” is about mental illness, and “It” is about seeing a UFO; but we’re trying to forget Cass. Collaged, associative listening may bring about “Brighter” illuminations for these songs, the “Way” to the “Why?” So at this point turn up the volume.

Most of the songs on Mangy Love contain questions–many of them–and the ones that don’t tend to quietly cry out, calling for action, change, or help. The calls to action never really go anywhere.   Reminiscent of “Don’t Vote” on Catacombs, the subject of the potentially whack, blustery “Rancid Girl” is “only 17/almost woman/you can almost vote/but I know you won’t.” Later on he laments on “Cry,” “Are you still listening?/ I can’t do nothing for you, can’t you see I have no feet?/we’re like two peas in a pod–Netflix and die/go on and cry…”

I think his most tuned-in “topical” song is the ramshackle doom ballad about Chelsea Manning on last year’s “space junk” rarities compilation, A Folk Set Apart anyways. So it is questioning and listening that are key to this music. Recall the dialogue interludes with young Sean on his last studio album, the expansive Big Wheel, where topics range from God to days of the week. That inquisitive spirit leads to neverending riffs on the deepest of symbols: dreams, the “weirdness” of duality, and blood. The “neverending” aspect–repetition–is a theme, too. Bum, bum, bum… fuck, eat, shit… is bum just another beat, a marker of passing time? Or a dead-beat? A good for nothing?

On 2009’s Catacombs, a death-pun on his own name, Cass croons like a bubblegum rocker boy on “Dreams-Come-True-Girl,” “You’re not my dream girl/ you’re not my reality girl, you’re my dreams come true girl.” The dream world is a volatile, collective unconscious of fear and desire, yet is perhaps safer than the “non dream” of reality. Desire and fear are boundless, death ain’t.

Mangy Love is rife with “weird.” “You tell me one thing and do the other–that’s weird!” sings Cass on “Cry” in his spookiest, deep-voiced warble. “Sugar and spice and everything weird” he goofs on “Laughter Is The Best Medicine.” A “weird kind of stranja-vu or something” haunts Cass out of himself and into a “strange group memory” in “It.” In “Opposite House,” he sings in a cheery uptick, “the opposite of white/isn’t black but rainbow blood.” Opposites haven’t “tracked” in Cass’ “Odd Shack.” “Weird” is a surprisingly casual but possibly perfect term for the alchemical, mystical, supernatural explosion of dualistic nature into both the holy One and the Ten Thousand Things. Back on Humor Risk from 2011, he sings “From the old storybook, equal light, equal dark/Now let’s flip a coin to see who is yin and who is yang/it defies opinion whether they’re the same thing.” “The Same Thing” continues with a line about blood, a regular in Cass’ lexicon: “nothing in common; our blood, thicker than broth/ we’re cut from different sides of the same cloth.”

And the blood runs everywhere: “Angel Blood” on Big Wheel, and “how long until this river of blood congeals?” he asks on “Bum Bum Bum.” Blood’s the life fuel of physical human existence, wholly natural but an indicator of violence when spilled. For all of his mystical abstraction, there’s a lot of violence in Cass’ songs. He’s middle aged white man who frequently sings out against economic, race, and gender inequality. To use a contemporary folk term, he’s an “ally,” but self-aware and humble enough to understand the limitations and inherent shortcomings of being one. However he seems most sensitive to his “sisters,” because the trans-historical chasm between men and women is the root of all injustice.   Cass sang “My Sister, My Spouse” on Catacombs, but Mangy Love includes “Run, Sister, Run,” a loping, urgent plight of a song, tinged with trilling, West-African style guitar work and an onslaught of firebombs for misogynists: “don’t call my sister no concubine, she is the Mother of Creation/ who are you? Who are you to call her a concubine?/don’t you know you got to fogive that you may be forgiven?” More violence in the following track; “In A Chinese Alley,” tells of a “frozen girl, naked, under ice. In the Chinese alley, you’re not just looking for right or wrong, “you can find all sorts of things/like a box/inside a box/inside another box.”

So what’s inside the deepest box? Perhaps the spiritual core of Mangy Love, “Medusa’s Outhouse.” It’s the album’s most arcane and beautiful tune. Cass sings most of the song in a fluty falsetto, a voice externalized high above his head, outside of himself. It contains, for me, the album’s most sublime moment: when Blake Mills’ unmistakable slide guitar, spurting like a young thermal spring, do-sidoes with the line, “listeners are good kissers.” Medusa, of course, is a monstrous woman with snakes for hair who turns anyone who sets eyes on her to stone, and ultimately is beheaded by a hero, a man: Perseus. Medusa is a symbolic pileup, a feminine figure with extreme power derived from ugliness that in turn stems from a headful of writhing serpents… enough to completely short-circuit the phallus-crazed psychoanalysts, the dread academics. In her outhouse there’s a nest of hornets who will sting you in the ass. Not as rosy a picture as when Cass asked what it feels like to “shit in space” on “Morning Star.” However there is saving grace in this excremental core, this inside out Agartha: music. “Music to forget the little strings,” he sings, “forget who we are and everything.”

It’s funny, for all of Cass’ ecstatic, bottomless, countercultural lyricism, the way his music actually sounds is hardly jarring or disruptive. It’s utterly pleasant and typically gentle, and Mangy Love is his most refined arrangement of melody and elegant counterpoint. His natural singing voice is understated and genuine, and when he invokes the dynamics of a powerful guest vocalist, it is duly measured, like when Angel Olson’s sings just one-word on “Opposite House,” “Why?” His preferred musical idioms are the stuff of the real folk: approachable, memorable melodies that are democratically shared and celebrated. One can dream.

Scores of listens to Mangy Love led me to pick up Lao Tzu’s Tao Te Ching. The copy I have lying around from my academic days was translated by the novelist, feminist, and anarchist Ursula Le Guin, and in her introduction she observes that “in poetry, beauty is no ornament; it is the meaning. It is truth.” There’s a song on Cass’ first record, A, called “A Comedian Is Someone Who Tells Jokes,” and he’s said in interviews that good jokes don’t need explaining. I guess they just need listening. And laughter. Music may redeem us, but it’s laughter that’s the best medicine for our human condition, and “the rest is up to dreams/ don’t leave me hanging upside down.” words / a spoto