Since the pioneering alternative group  disbanded in 2011, Buck has operated at a prolific clip. He’s released a string of vinyl-only solo albums on the venerable Mississippi Records label, played with the Baseball Project, and worked with Joseph Arthur. Recently, his band Filthy Friends — featuring  Corin Tucker of Sleater-Kinney, Scott McCaughey of the Minus 5,   Kurt Bloch of the Fresh Young Fellows and drummer Bill Rieflin (King Crimson, Swans, Ministry) — released a rager,  “Despierata,” as part of Dave Eggers’ anti-Trump musical campaign 30 Days, 30 Songs. And just last week saw the release of Alejandro Escovedo’s Burn Something Beautiful,  which was co-produced and co-written by Buck.

In the middle of all that, Buck helped assemble the 25th anniversary edition of Out of Time, the record that took R.E.M. from a cult Athens, Georgia, rock band to a pop cultural force. Packed with hits like “Losing My Religion” and “Shiny Happy People,” along with  meditative songs like “Belong,” “Country Feedback,” and “Low,” the group’s seventh album blended folk, funk, country & western, and power pop influences to help establish the template for what “alternative rock” would become at the start of a new decade. Available November 18th, the deluxe retrospective edition of the album features  alternate takes, demos, music videos, and a live set from Mountain Stage.

Buck admits he’s not the most backward looking guy by nature, but still says revisiting the album was “a gift,” representative of a shift in the group’s career and an increasing willingness to blend genres and styles. Speaking with AD via telephone, Buck discussed his interest in hip-hop, taking on Donald Trump through song, and the experience of revisiting Out of Time. The conversation has been edited for clarity and condensed.

Aquarium Drunkard:  You  seem focused primarily on the present. Was going back and putting the  25th anniversary edition of Out of Time  a strange process for you?

Peter Buck: It’s strange but it’s also a gift. Because, prior to the band no longer working together, there was a continuum. Each vignette was   dependent on what the previous thing was, and the later thing, and what happened ten years later. Now it’s history, for better or worse. It is what it is. 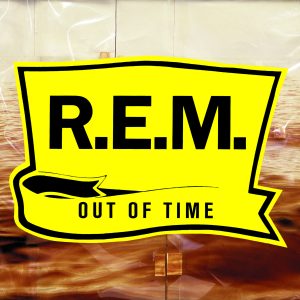 AD:  Out of Time  catapulted the band to a new level of popularity, but it opens with “Radio Song,” which seems to  deal with frustrations about pop culture. Were you frustrated with the radio?

Peter Buck: On a personal level, I couldn’t care less. We make the records and we’ll sell them if we sell them. But, I was just furious [that at that time] MTV wouldn’t play black artists [because they didn’t fit into the station’s “format”]. Eventually they did, but I grew up hearing  Otis Redding, the Beatles, and “Ballad of the Green Berets”… this whole world of music together, which was really cool. Then it was like, “Oh, there’s white music and black music.” There isn’t. We knew white music was hugely influenced by black music, and vice versa. One of the reasons we wanted to open with “Radio Song” is because we’re a pretty white band — even though we all grew up listening to blues, soul, and funk. Mike [Mills] and Bill [Berry] had really kind of funky sections, and you know what? I’m a funky bass player, too.

Peter Buck:  The feeling was, “Okay, you’re just saying it’s about radio formats.” Well, we’re gonna take a  radical African American artist and the first thing you’re gonna hear on our record is him saying something. Take it or leave it.

We got pushback from every single direction about featuring KRS-One on the record. The record people were like, “You know, if you take him off, blah blah blah.” Then they were like, “Well okay, put him on a record, but take him off of your single so we can get airplay.” I went into radio stations and people would say, “We can’t really play [“Radio Song”] because no one in here likes rap.”

It’s not really rap first of all, and second of all, that’s just bullshit. You know, we held the line. We would’ve sold another five million if we had took KRS off and not had him in the video; it would’ve made us more of a whatever. But that was not the point of the song.

AD:  Were you listening to rap at that time? In 1991, it wasn’t a new art form, but it was definitely reaching new heights.

Peter Buck:  Me and Michael [Stipe] and a couple friends, we drove to New York in like, April of 1980 to see Klaus Nomi, Joe King Carrasco, and X. Pylon was playing too, so were hanging out with them. At the time, I didn’t know New York at all because I hadn’t been there. I was wandering around, and found a record shop. All the records seemed to have white sleeves.

It was mostly black guys in there, so I go, “What is this?”  They explained to me it was this stuff called rap. I was coming from Georgia, where nobody had heard it. They played me some records and I got it. It was like the Last Poets or Gil Scott-Heron. And they were surprised I knew who the Last Poets were.

I didn’t have much money, but they were only 99 cents or something, so I bought eight singles. I started playing them for people and they’d go, “What is this music?” I knew it was  something interesting and happening. I really didn’t think it was going to become this cultural center of the world — I just thought, “This is fucking weird.” It’s so cool that these kids from the Bronx — I didn’t even know where the Bronx was —  were  doing stuff.

But yeah, I kept up.   I remember when we were working on Green  and we had Hysteria by Def Leppard and Fear of a Black Planet  by Public Enemy on CD. I didn’t even own a CD player, but we had a car with one.  We’d drive back and forth from New York City and just play those two. The Def Leppard record was an iconic record; I thought it was a pretty good record [but] the Public Enemy record, I just thought, “This is like Sgt. Pepper’s or The White Album or something. This is unbelievable stuff.”

Peter Buck: We hired Keith LeBlanc  to play on Green. He had this single out, “Malcolm X: No Sell Out” and he worked with  Sugar Hill, so I assumed he was some  right on radical black guy, and he was actually caucasian. [Laughs]    It was cool, he was great. 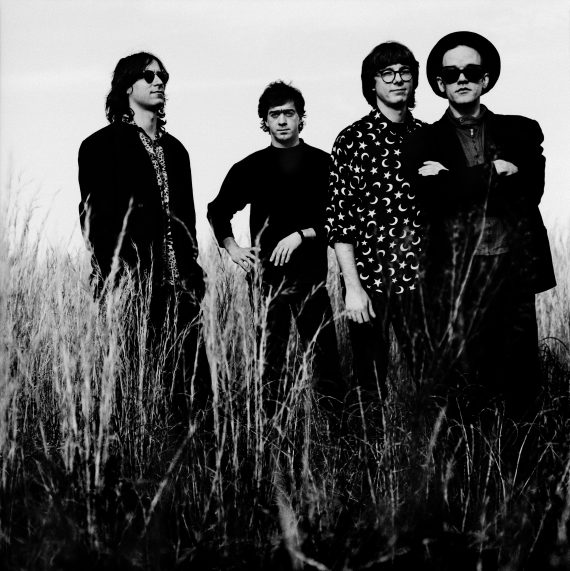 AD: In addition to hip-hop breaking as a cultural force at that time, “alternative” was also emerging in the mainstream. Did anybody actually use that term then?

Peter Buck: People were starting to say it. I used to say that the alternative to music is silence, so I don’t even know what that means.

Peter Buck: The term “indie” is similar. That doesn’t mean anything either. It’s short for “independent” but most “indie” bands are on major labels. I talked to Bob Mould about it and said, “What the fuck? What are we calling this? It’s rock and roll, we play rock and roll.”

AD: Was there a sense that popular culture and what constituted popular music was becoming a stranger, more diverse thing? That’s how it seems now, looking back on 1991 from the vantage point of 2016.

Peter Buck: Yeah. The thing is I was always one of those guys — maybe less so now that I’m a little bit older — but I’m one of those guys that would go into a record store and ask, “What’s good? What’s the newest thing?” I was always cognitive that there was stuff bubbling under the mainstream. I’d listen to college radio and think, “Wow, there are records I’m hearing that I like.” You know, hearing bands like Mudhoney and Nirvana before Nevermind came out.

AD:  Out of Time follows Green, in terms of you diversifying your instrumental template and bringing different sounds  into the studio. Were you listening to a lot of folk and country music at that time?

Peter Buck: Yeah. A lot of that music was being re-released on CD, stuff you wouldn’t have found on vinyl.   It was a time when all of a sudden the past became the present.

AD:  You’ve contributed two songs to Dave Eggers’ 30 Days, 30 Songs campaign. Your band with Corin Tucker, Filthy Friends, did one, and R.E.M. contributed a live version of “World Leader Pretend.” How did you first hear about Trump using “It’s The End Of The World” at his rallies?

Peter Buck: We heard about two seconds later. If somebody uses a song for a commercial on television, they have to get our permission. But anybody can play a song in any circumstance and all they have to do is pay some stipend. You can’t prevent them from doing it. Once somebody does it, you can complain and make a big enough stink. I think that most of these right wing assholes do it on purpose.  You know, I’m really glad that we didn’t take the high road. I’m glad Michael released a statement telling Donald Trump to go fuck himself for  appropriating a song that means something to me.

AD:  Trump’s campaign is fueled by this apocalyptic rhetoric and tone, but it still baffles me he’d  use your song in that context.

Peter Buck: He’s not a subtle person. The whole thing about campaigning on fear — it just proves that all those right wingers are cowards. They’re bullies when they’re in power and they’re cowards. They’re  terrified of living in this world. Fear is something — you gotta get rid of it. I’ve tried my entire life to try to get rid of whatever fear I have. I don’t particularly feel fearful about anything, you know? Heights, I don’t like heights. Public speaking. That and death — I have issues with those. [Laughs] But all those Trump followers, they live in fear. Fear of everything.

AD: It’s strange, but poignant, that songs like “World Leader Pretend” still resonate they way they do. And I imagine listening to  Out of Time  you make all sorts of connections between the  present day and  this thing you made  25 years ago.

Peter Buck: What’s funny is, listening back on it now, how sure of ourselves and how kind of brave we were, even though we were tearing up the map and going somewhere else. There was no discussion, there was never a time when someone said, “I don’t know guys, this isn’t what we do.” It was always, “Okay, we’re doing this. It’s completely different, that’s great.” words/j woodbury