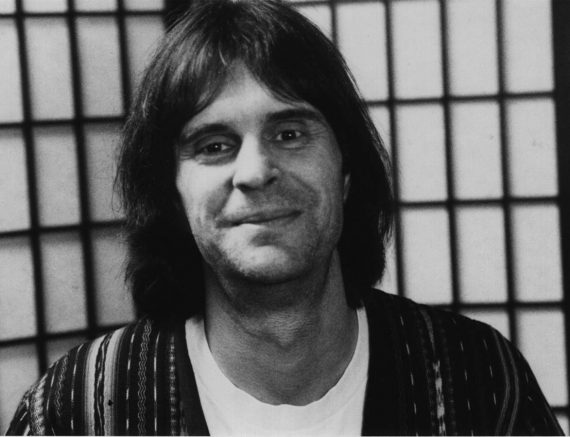 45 years ago, a young deejay named Archie Patterson launched a radio show on KFIG FM in Fresno, California. Dubbed Eurock, the weekly program was devoted to psychedelic music coming out of Europe — Klaus Schulze, Amon Düül II, Can, Tangerine Dream, Faust, Guru Guru, and more –- spun by an enthusiastic Patterson, who heard in the music a cosmic resonance.

It began a lifelong mission for Patterson, who soon spun the show off into a fanzine of the same name, and has continued, for four-and-a-half decades, to distribute, promote and foster discussion of progressive music from all around the world, helping to popularize German “krautrock” and introduce director Michael Mann to the electronic group Tangerine Dream, which would go on to score his first film, Thief.

These days, Patterson maintains the Eurock website, featuring interviews and podcasts, and he’s working on a film documenting the history of the show/zine/label. AD spoke to him from his basement (the “dungeon,” he calls it) about his history and guiding artistic principle.

Aquarium Drunkard: In 1971, you launched the Eurock radio show on KFIG FM. What were your early playlists like?

Archie Patterson: I would just pick records from my collection, so to speak that I wanted to play each week, which were all basically imported from Virgin Records’ very first micro-store…they were import-only from the European continent or cosmic French rock.

In particular, I had a friend go to meet [representatives of the influential  kosmische musik label] the Cosmic Couriers in ’73. I had gotten a whole lot of their music, so we did a program with Klaus Schulze, his second album Cyborg, and this was innovative radio in the sense that we had two turntables. We played side one and side four simultaneously. So, it was going out over the airwaves, and since there were different undulating rhythms in each piece, but they were in the same key, we had people call us up and say, “Man, what is this that you’re playing? I’ve never heard anything like this.”

That was the way we sort of began, with the electric Amon Duul, Can, Klaus Schulze stuff. One of the most amazing programs I ever gave – when I realized that there was something about music that transcended all other forms of communication – was I had gotten a package back from a friend who’d gone to meet the Cosmic Couriers and they gave me a promotional copy of [Popol Vuh’s] Hosianna Mantra. We tended to focus on one or two bands an hour, so it was intensive, immersion radio, which is the way FM was, even if it was somewhat commercial in the early days. I began with something from Affenstunde, then played a lot of – if not the whole album – Hosianna Mantra. About 20 minutes into the show, a woman called. She said, “I have a baby that’s been crying and teething, has gone into acidosis, for over a day and a half. I had your program on, I was listening, and when you put on that music you were just playing, the quiet lullaby stuff, within five minutes the child went to sleep.” 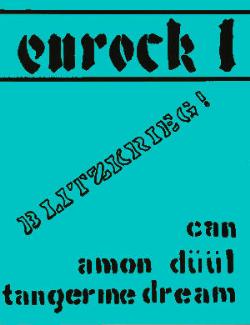 Archie Patterson: It basically took from the root of psychedelia, Haight Ashbury, San Francisco, and Pink Floyd, and what the amazing thing was it wasn’t English music so much as the German space rock, the German Krautrock, which rose from the roots of Germany, the second World War, the blitzkrieg. You could hear that sense of psychological make up in these young musicians who were probably babies at the time that was happening. The French music was entirely different; I heard a culture. The US culture, the British culture, sure, but Germany, France, Italy, Spain, and later, even Russia, was the most mind-blowing thing. I began to understand culture and music, how it evolved, how it intermingled, and that there’s something much more than what you’re hearing. There’s a history there, a power and a way to motivate and understand life from it, actually.

AD: You had some interactions with the film director Michael Mann. Was that a result of the radio show?

Archie Patterson: That was quite a bit down the road. I got a phone call from Michael Mann to the office of Greenworld [a music distribution company for which Patterson worked]. [It was] Michael Mann. He hadn’t done a whole lot of films up until that point…he said, “Hey, I have heard about Eurock and I am doing a film starring Jimmy Cann, and it’s sort of a comeback for Tuesday Wells, and I hear you’re involved in all this music from Europe. What I would like you to do is make me some cassettes, make two 90-minute cassettes of music you think would be related to the concept of the film Thief,” which I won’t go into that. He wanted dark, intense, powerful otherworldly music or something like this.

I said, “Why don’t you give me two weeks, let me put together a couple tapes, and I’ll come into Paramount Studios and we can talk about it.” He said, okay, great. I put together two 90 minute tapes of Faust, Tangerine Dream, Can, Amon Düül II, Magma – all kinds of intense, dark music. I drove into Paramount, got on the lot, went into his office, and Jerry Goldsmith was in there too, not that I knew who he was at the time but he introduced me….He had a tape deck so he said let’s put it on and listen to it. He said huh, I like some of this. What do you think, and Goldsmith said yeah. He said, “I don’t know if it’s exactly what we want but it’s close, it’s real close. I like the guitar, I like the electronics.

So why don’t you leave this with us and go back and try making one more tape that has another smattering of stuff…” So I came back and we did some more listening and he said, “You know what I think I wanna use it Tangerine Dream. It sounds amazing. It’s got that rhythmic, aggressive thing…”

He asked, “So how can we get in touch with these guys?” I said, well, I have an address and phone number in Berlin. He said, well why don’t you get in touch with them and I said well, honestly, I have a new kid, and I’m working a new job. You could probably easily contact them. Well, they did. I didn’t realize I turned down a career that could have led me to something else. 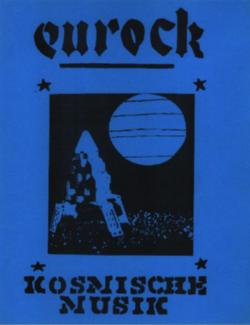 AD: So what inspired the transition into a magazine, an early fanzine?

Archie Patterson: I met a guy named Greg Shaw, who initiated the concept of rock journalism in the Bay Area, when he wrote for the Oracle. He initiated a fanzine called Who Put the Bomp. I got in touch with him. We would talk on the phone every once and awhile. I ended up meeting him at [an] ELO press party. I told him what I was passionate about and he said, “You should do your own thing. Anybody can be a publisher. You understand this stuff. You have an affinity for it. Write about it, find [other people] to write about it.”

I thought, why not. The first issue was published on the Ides of March, 1973. I had a friend who worked in his dad’s law office as a janitor. I had a manual typewriter. I typed it all up, used whiteout to correct the errors, stenciled letters and stuff on it, gave it to him and every night while he janitored his father’s offices he would Xerox some pages for me. After about two weeks he brought them to me. I laid them out on the floor and hand collated and stapled them, took one ad out in the classifieds of Rolling Stone and the rest is history.

AD: In the early ‘80s you were instrumental in the distribution and proliferation of music associated with the early cassette culture and DIY movement. Can you describe the experimental, underground DIY scene for me?

Archie Pattrson: Well, it was incredibly diffuse…there was no internet, so everything was snail mail, or occasional long distance phone calls to Germany, France, or England or something like that. Basically, all I can say is, once I started the magazine and then I worked in the business of selling, then my name became known everywhere, around the entire globe, from Russia to Spain, to Australia, and I would just get packages sent to me with tapes and you know, EPs and LPs to sell, which I initially did through [companies like] Intergalactic Trading Post, Greenworld LTD, Paradox. But ultimately they wanted to sell more commercial music and I had more an interest in this cultural music. To me it was an offshoot of the ’60 revolution which descended into drugs and stupidity. The music remained pure. The music was always pure, whether it was fueled by drugs or not, it was a timeless message.

I got all of these things and really the thing that in a way crystallized all this was I had a tape smuggled out of Czechoslovakia, through Canada, to me that arrived in a package by the Plastic People of the Universe. They were a banned band. They refused to get a license. You had to audition for a license and they didn’t, so they were thrown in jail, and they wanted me to release this. That was the first release on the Eurock DIY cassette label, called 100 Points, which was 100 points about what ‘second culture’ and freedom and music and what life outside of the totalitarian system should be like. I published that and got in touch with other people because of that. I realized something else: the hundred points turned out to be something else, it was fundamental an the theoretical basis for Charter 77 which led to the overthrow of the Czech government…

That’s when I tied into that Plato quote: Musical innovation is dangerous to the state, for when the modes of music stage, the fundamental laws of the state always change with them. He didn’t mean music was a great power for better – he was warning against the power of music. The whole context for me became clear when I got that Plastic People’s album was released…This whole ‘second culture’ concept was spelled out in a document. I thought wow, the whole word is in for trouble.

Archie Patterson: I have one paragraph that epitomized the whole concept of second culture [written by Ivan Jirous of Plastic People]: “The aim of the underground is the creation of the second culture, one that will not be dependent on the official channels of communication, also recognition, and the hierarchy of values laid down by the establishment. The culture that helps those who embraced it rid themselves of the skepticism that says nothing can be done when those who make the culture desire little for themselves and much for others.”

In a sense, that’s been the ethos of Eurock. That’s the essence of what music really is. It may be the omnipotent power in the universe. Or maybe not. But I tend to think it has a power we can’t quantify. words/j woodbury

One thought on “45 Years of Eurock :: Archie Patterson on Second Culture”