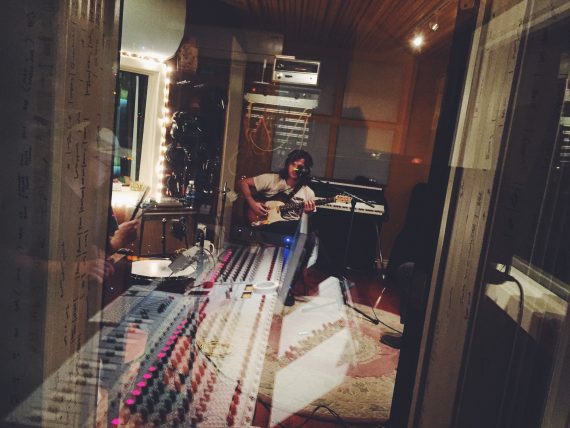 On last year’s Golden Sings That Have Been Sung, Chicago-based singer and guitarist Ryley Walker came into his own. It wasn’t his first great record, but it was his most realized, a work that added shades of jazz, psychedelia, and experimental rock to his soulful folk sound. Writing about the record, AD’s Chad DePasquale noted: “On two previous two long-players, comparisons to artists like John Martyn, Bert Jansch, Tim Buckley, and Nick Drake dominated conversations about Walker, but his latest finds him exploring English jazz folk through the unique lens of the Chicago experimental scene he came up in, folding in elements of improvisational jazz and experimental textures.”

We caught up with Walker last fall at Fivethirteen Recording in Tempe, Arizona, to discuss the record and hear a few songs. Keeping with his spirit of experimentation, Walker and band decided the setting was right to try out a few new tunes. We’re happy to debut three of them, “Shaking Like the Others,” “I Laughed So Hard I Cried,” and “Two Sides To Every Cross,” here for the first time, along with our interview.