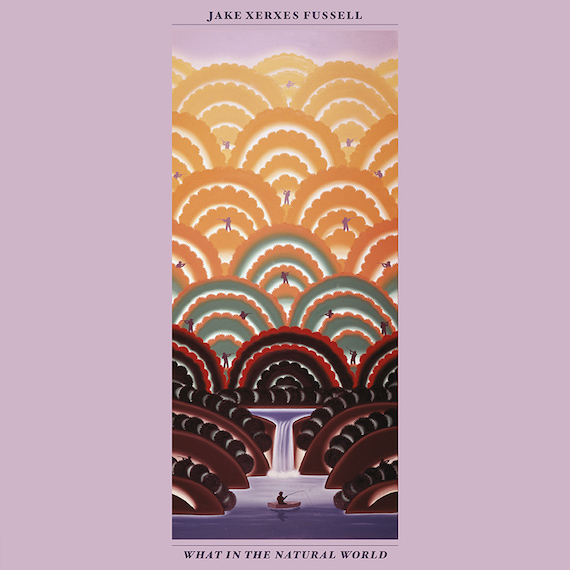 Next month sees the return of Jake Xerxes Fussell with his sophomore lp, What in the Natural World. Like its predecessor, this new offering again finds the Georgia native exploring traditional folk songs of the American south. Previously released single “Have You Ever Seen Peaches Growing on a Sweet Potato Vine?” found Fussell stretching his vocals to new heights, working a gorgeous, airy falsetto balanced  gently against a shuffling country rhythm.

Today we bring you another song from the forthcoming record: “Furniture Man.” With original recordings dating back to the late 20s, Fussell takes this tale of poverty and dispossession from its bluegrass stomp roots and unravels it in an atmospheric, solemn lunar glow. Nathan Golub’s steel guitar absolutely shines across the track, evoking an empathy only matched by Fussell’s resigned, world-weary vocals. He tells the titular repo-man “Mr. Brown” (“a devil born without horns”) to take his time, one by one hauling everything our poor narrator owns back to the furniture store. Fussell, likewise, takes his time, his plaintive picking and Golub’s steel slowly sliding into a destitute acceptance.

It’s difficult to imagine another contemporary interpreter delivering a tale of desperation and sadness with such tenderness, warmth, and grace. The room he leaves for the song to breathe allows it to flourish into its own fully-formed, nuanced world – one as familiar today as during the time of its origin. Here, Fussell taps into those roots and in turn carries the pathos across an entire century, creating something wholly his own. No small feat and just one of the many exhibits that display a truth as absolute as the suffering in this song: Jake Xerxes Fussell is a national treasure. words / c depasquale