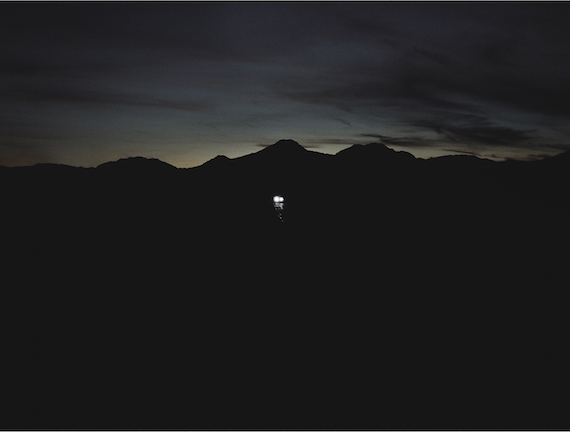 Over the course of two decades Will Johnson fronted the Denton, TX based yin and yang that was Centro-matic / South San Gabriel. Ever prolific, the songwriter also took part in a number of collaborative projects in addition to recording music under his own name. With Centro-matic having shuttered in 2014, Johnson returns next month via his fifth solo effort — Hatteras Night, A Good Luck Charm. A sort of amalgamation of the varied, rough-hewn, Centro-matic aesthetic, the record finds Johnson embracing off-kilter dynamics while eschewing the more atmospheric side of South San Gabriel and previous solo works.

A pensive listen, the record largely concerns itself with characters dealing with “situations of tension”, as Johnson notes in the liners. Per the track below, “Predator”, Johnson told AD that he found “the disruptive, teetering lives of several characters (Tommy, Delilah and Rick) whirling around in (his) head. Good people doing bad things. The narrator desires some distance, but never for too long.”

The record is out March 24th via Undertow Music. In the meantime, Johnson is presently on tour stateside doing a series of intimate living room shows.