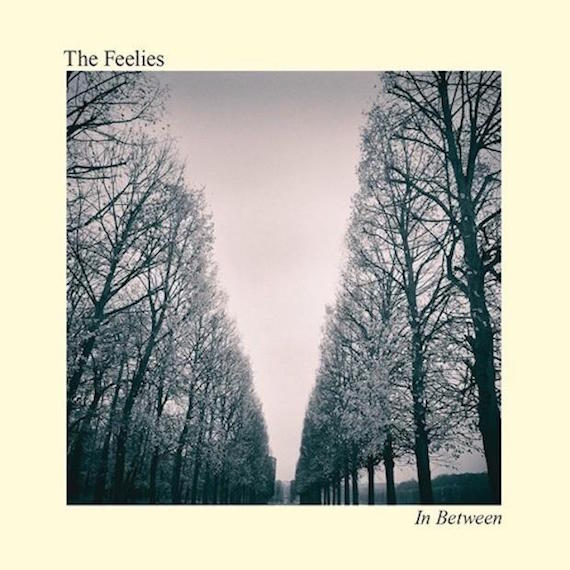 They celebrated their 40th anniversary in 2016, but compared to other bands of a similar vintage, the Feelies’ discography is relatively slim. That’s OK. Each Feelies record is a gem, filled with Velvet-y jangle-n-strum, pulsing rhythms, and hook-filled songwriting. The band’s new one, In Between, continues the streak effortlessly. Thanks to a sound that leans heavily on the acoustic guitar, its closest kin is the Feelies’ classic 1986 effort, The Good Earth. But also like that LP, acoustic doesn’t necessarily translate to mellow; there’s an humming undercurrent of restlessness lurking in the layers here, distortion and dissonance looming in the distance like a threatening storm.

At this late date, making music together is as natural as breathing for the Feelies, with Glenn Mercer and Bill Million’s guitars intertwining beautifully, Brenda Sauter’s bass providing supple, melodic support, and partners-in-crazy-rhythms Stanley Demeski and Dave Weckerman holding down an unshakeable groove. There’s still room for a surprise or two: check the elegantly melancholy acoustic guitar solo that wafts through the heart of “When To Go,” or the chiming “Sunday Morning” meets Another Green World loveliness of “Time Will Tell.” Best of all is the closing “In Between (Reprise),” which sees the Feelies loosening up and stretching out for nearly 10 minutes, Mercer and Million dueling furiously while their bandmates chug steadily behind them, an “I Wanna Be Your Dog” one-note piano pounding in the back of the mix. A total thrill, and proof positive of this wonderful band’s lasting power.   words / t wilcox

The Feelies :: In Between

2 thoughts on “The Feelies :: In Between”