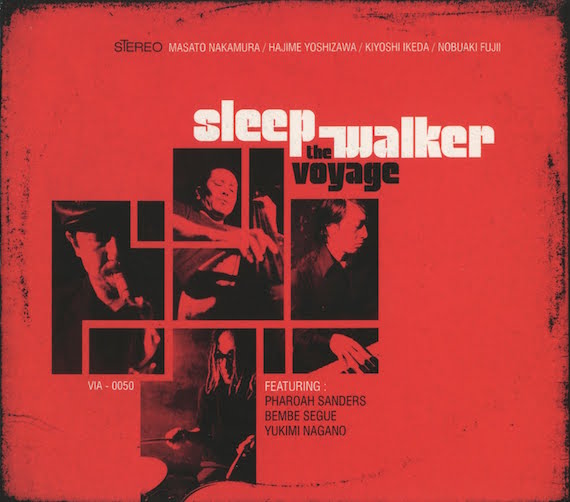 Visiting Tokyo in 2003, Pharoah Sanders sat in with local spiritual jazzists Sleepwalker at a club gig laying down what would become “The Voyage”. Released the following year as a Japanese-only import single, the track later served as the cornerstone and title track of Sleepwalker’s third  LP. Taste, below.