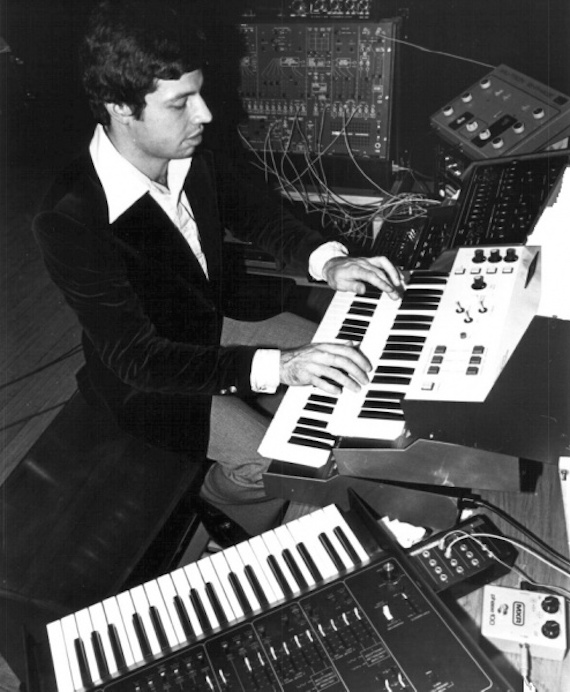 Back in 2013, our friends at Flannelgraph Records hipped us to the synth pop sound of Don Muro when they reissued his 1977 LP It’s Time. Since then, Flannelgraph has kept at it regarding Muro, following up with Souffrances et Extases du Jeune Amour in 2014, which featured previously unreleased material recorded between 1969-1974, and We All Need Each Other: The 1968-69 Recordings and the As Long As I’ve Got You EP in 2015. But there appears to be plenty more worth hearing in Muro’s vault, as the label’s just released another great collection, Synthesizer Pop for a New Age (1974’€‹-’€‹1978).

“For some reason I never considered the synthesizer as having an outsider quality. I have always loved the sounds of oscillators and feedback,” Muro said when we spoke with him in 2013, and the new collection showcase that love for synth. The album can be split roughly down the middle. The first half features gentle pop rock, the second veers more ambient, tilting toward new age sounds.

It’s another winner from the Flannelgraph crew, and as comedian Mary Houlihan states it, the record’s applicable for just about every situation. “Don Muro is the perfect music for any occasion: bike riding, dancing, playing video games, kissing your crush, chilling out, going hard, exploring your mind, hiking a mountain, boating, petting wild animals, tightrope walking, walking around a new city, highway driving, enjoying folk art, trying on cute outfits, putting on rouge, sipping an elixir, jump roping, making love, going up to a long window curtain and rolling your body up in it like a little blintz, finding a magic egg…” Here here. words / j woodbury

One thought on “Don Muro :: Synthesizer Pop For a New Age”