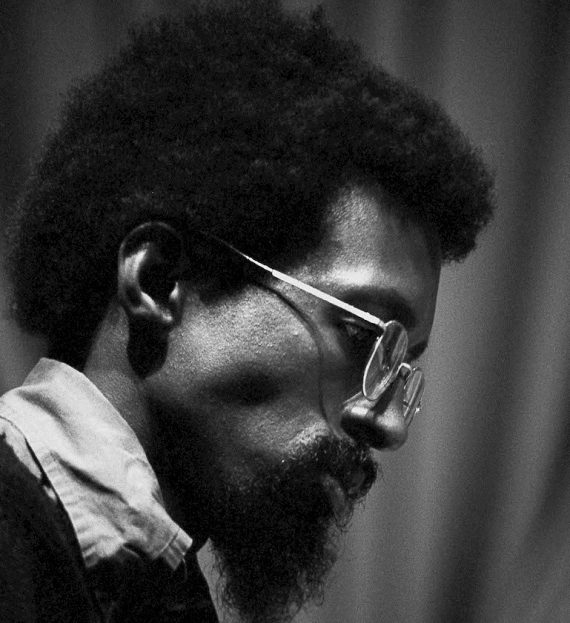 “…wild, grand, delirious, demonic, an uncontainable personality surging into sound,” wrote Alex Ross in his January essay about Julius Eastman for The New Yorker. Though he died in 1990, Eastman’s work has steadily amassed a following in the years since.

In 2016, the Frozen Reeds label issued his S.E.M. Ensemble recording of his composition Femenine. Featuring piano, reeds, violin, synthesizer, percussion, and mechanized sleigh bells (an invention of the composer himself) the performance was informally recorded live on Wednesday, November 6, 1974 at the Arts Center on the Campus of the Academy of the Holy Names in Albany, New York. It wasn’t a stuffy affair; Eastman made soup to serve during the concert. Over 72 minutes, the ensemble offers up hypnotic sounds. Much of Eastman’s output explored his identity as a gay black man, often employing provocative titles, and a confrontational approach.

But in the liner notes of Femenine, author Mary Jane Leach, co-editor of Gay Guerrilla: Julius Eastman and his Music, says Femenine aspired to please listeners. Even if Eastman’s wearing of a dress and “the informality of the concert” gave some conservative members of the audience pause, there’s no denying the beauty and spirit of the recording. With it, Eastman conjures up “sounds like angels opening up heaven.” words/j woodbury

One thought on “Julius Eastman :: Femenine”