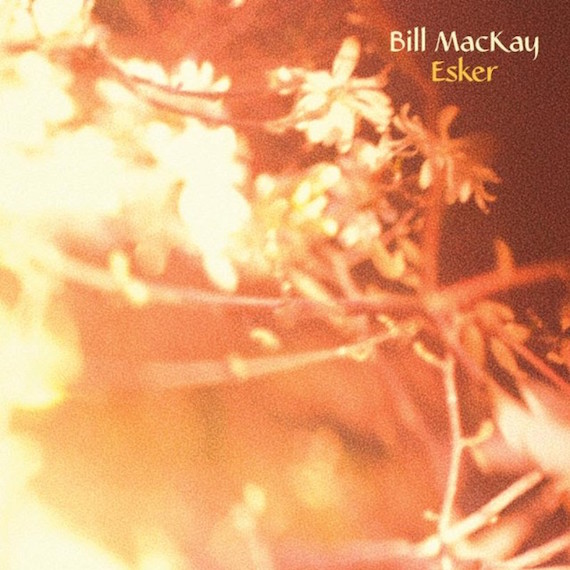 In recent years, guitarist Bill MacKay has served as Ryley Walker’s six-string sparring partner, built luminous soundscapes with Rob Frye (Bitchin Bajas, Cave) and led the jazz-inflected Darts and Arrows collective. A varied resume! MacKay maintains this healthy sense of adventure on Esker, his eclectic Drag City debut. Each of the 10 absorbing instrumentals here is a world unto itself, whether it’s the mystical, slide guitar + piano on the opening “Aster” or the jaunty ragtime of “Candy.” MacKay has chops a-plenty, but the album never feels fussy or ostentatious. There’s a looseness and ease to every moment here; the paint is still fresh on the canvas, so to speak.

He’s Chicago-based, but MacKay’s imagination often looks westward for inspiration — dig the dusty swagger of “Powder Mill Park,” or “Wail,” an elegiac sunset of a song that could’ve been plucked from Dylan’s Pat Garrett & Billy the Kid soundtrack. Clocking in at just over 30 minutes, Esker flies by at first listen, but as you continue to explore its grooves, you’ll find more and more to love. words / t wilcox