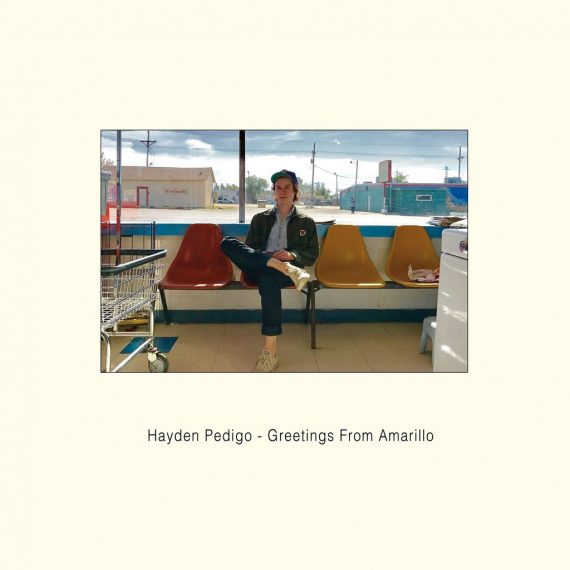 “Our native soil draws all of us, by I know not what sweetness, and never allows us to forget,” wrote the poet Ovid, in exile from his native Rome in 8 A.D. The concept of “home” defines, molds and shapes us. On his third album, Greetings From Amarillo, Texas guitarist Hayden Pedigo writes about his hometown — tapping into the peculiarity that defines northernmost Texas, reflecting its flatness and its stark beauty.

“Amarillo is one of the strangest cities on the face of the Earth…” Pedigo says. “Greetings from Amarillo is a musical postcard but also an invitation to look around and spend some time in the audio rendering of the Texas Panhandle.”

As he did on his excellent 2014 sophomore album, Five Steps, Pedigo unites Takoma School influences like Robbie Basho and John Fahey with cosmic, avant-garde tapestries. While that album divided its primary modes on sides A and B respectively, here the two styles blend organically: the sprightly pastoral title track flows seamlessly into the drone of “Dark Heaven”; the delicate “Dream Plains” — almost akin to the new age-inflected sounds of the Windham Hill roster — gives way to the ecstatic, Popol Vuh-evoking “Welcome.”

Pedigo slyly insists that Greetings From Amarillo is in its own way a “country” album, and while there is a western twang to compositions like “Left Foot” and certain swing to “Buried Alive,” one gets the sense that he’s talking about country in the geological sense. “Sirens in the dust/Amarillo in the rain/Every distance so far away it might as well be California,” renegade cowboy poet Terry Allen reads as the album closes, and those vast distances serve as generative plains for Pedigo, open spaces to fill with imaginative melodies. words/j woodbury