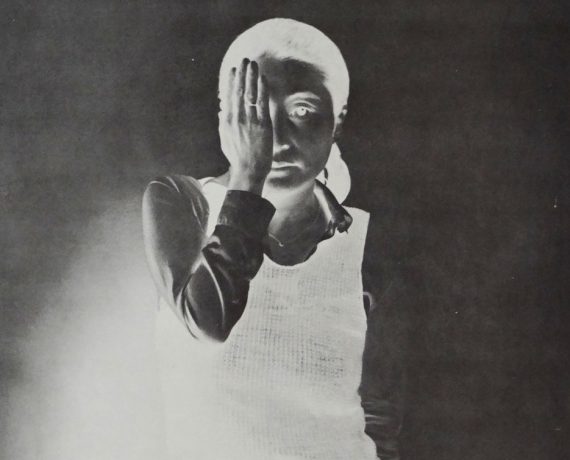 In the liner notes of 1971’s Fly, Yoko Ono included a special note about Fluxus instrument maker Joe Jones: “I was always fascinated by the idea of making special instruments for special emotions — instruments that lead us to emotions arrived by their own motives rather than by our control.”

That idea, of implement informing expression, hovers over the three albums comprising Secretly Canadian and Chimera Music’s second wave of Ono reissues: Fly, and 1973’s Approximately Infinite Universe and Feeling the Space. Like the first entries in the reissue campaign, Two Virgins, Life With the Lions, and Plastic Ono Band, these records help place Ono’s pioneering music in proper context, but even more so than those recordings, this trio finds Ono and assembled players utilizing more or less traditional song forms. With these familiar sonic “tools” in hand, Ono created some of her  most accessible work, exploring themes of feminism, wounded love, loss, and humanism  via  aggressive spiritual creation.

Often, the songs feel wonderfully out of control — prepare to hear Eric Clapton, serving as a sideman, playing as far out as he ever went. But the structures — or lack of structures — nonetheless left ample room for Ono’s poignant lyrics. All three albums are filled with songs that beg for annotation, especially the bruised “What a Bastard The World Is,” which explores the division of the sexes through a lens of romantic tension, and the anthemic basher “Woman Power.” But my favorite? That would be “Mind Train,” the epic 16-minute plus jam that closes side one of Fly. It practically rumbles off the turntable, a wild blues/avant-garde/rockabilly rave that radiates frenetic joy. The band, including John Lennon on guitar, Klaus Voorman on bass, Jim Keltner on drums, and Chris Osborne on dobro, absolutely crank, trying feverishly to keep up with Ono’s impressionistic spirit. “Dub-dub, train passed through my mind,” Ono sings wildly, imagining both the train from the outside and within: “33 windows shining through my mind.”

Even if the railways have proven of thematic interest to everyone from Elvis to Kraftwerk, from Johnny Cash to the Dead, few have so directly translated the motorik forward movement on  the rails like this, internalizing the chug to illustrate a mind racing with new ideas. Barreling ahead over Keltner and Voormann’s locked boogie, Ono pulls from the darkest corners of her psyche,  mouthing “I thought about killing that man,” before settling into a series of wordless howls. Paired with Osborne’s slippery melodies, Ono’s voice suggests the midnight whistle of a locomotive  passing by. By deconstructing and reassembling minimal rock & roll roots, Ono achieves same effect she sought from Brown’s experimental instruments: the song serves as  a vehicle for “the emotions and vibrations” Ono wished  to explore. words/j woodbury