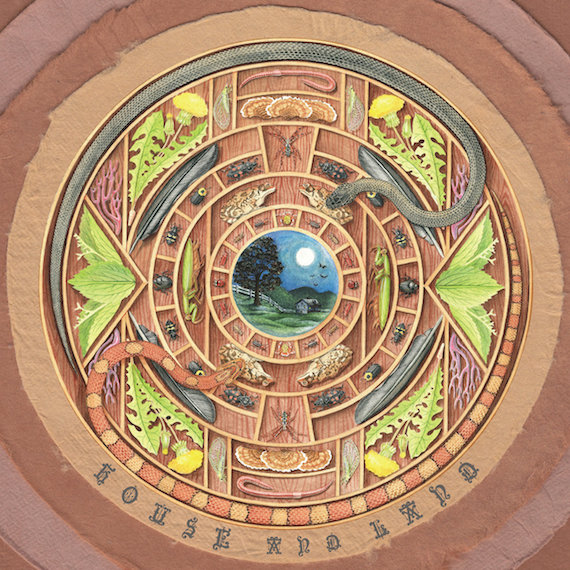 Sarah Louise Henson’s dazzling 2016 LP on VDSQ was one of the year’s best examples of the ever-expanding 21st century guitar soli scene. She’s followed it up this year with a similarly fantastic but quite different project with Sally Anne Morgan of the Black Twig Pickers. House and Land’s self-titled debut sees the duo traveling deep into Appalachian folk territory – territory that’s been explored by countless musicians in previous years. But Henson and Morgan manage to make these time-worn tunes and tales sound absolutely fresh and alive, lifting the veil on the centuries and uncovering an often devastating emotional core. It’s a testament to their skill and imagination as interpreters as well as the sturdy musical structures that they’re building upon. The minimalist drones and striking harmonies provide a sharply drawn backdrop for age-old lyrics that, in House and Land’s hands, sound hauntingly up-to-date and modern. Step inside this House … words / t wilcox