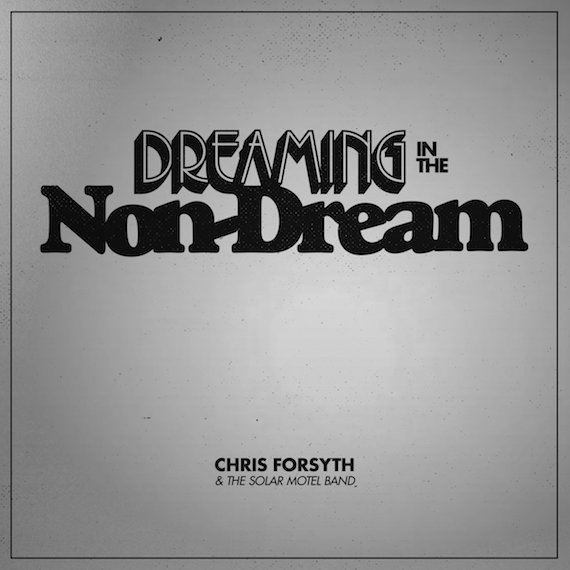 For the follow-up to 2016’s The Rarity of Experience,  sprawling, expansive double LP, Chris Forsyth and his Solar Motel comrades take a more spare/skeletal path. For one thing, Forsyth handles all the guitar work on Dreaming In The Non-Dream himself, leaving a bit more space in the mix, and allowing the stellar rhythm section of bassist Peter Kerlin and drummer Ray Kubian to shine. The album kicks off with a wickedly catchy Kerlin bassline that Forsyth scrawls and scratches all over, before slipping into a dramatic spaghetti western-esque coda. And Kubian is the unstoppable engine behind the LP’s title track, an instant motorik hall of famer that surges and swings for more than 15 thrilling minutes. It’s an epic, but there’s not a moment wasted. Also worth highlighting is Solar Motel secret weapon, keyboardist Shawn Edward Hansen, whose textural shadings give the album a richer flavor, whether dueling furiously with Forsyth on “History & Science Fiction” or providing a lovely counterpoint to the guitarist’s elegiac musings on the closing “Two Minutes Love.” Wrapped up in a shimmery design by AD’s own Darryl Norsen, Dreaming In The Non-Dream is another essential chapter in the Forsyth saga. words / t wilcox

Chris Forsyth & The Solar Motel Band :: Dreaming In The Non-Dream