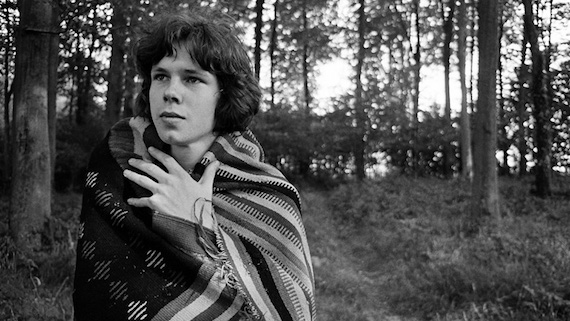 Covering Nick Drake can be tricky, but Joan Shelley manages just fine with her gorgeous, heartfelt rendition of Five Leaves Left’s lead off track (part of Mojo Magazine’s new tribute to Drake, available gratis with the March issue). She doesn’t do anything radical with the song – she just lets it breathe, wearing its wistful melancholy like a favorite winter coat. Shelley is back on the road this year, supporting her recent self-titled LP. In fact, for a few dates, she’ll be supporting the guy who played lead guitar on the original “Time Has Told Me” – the mighty Richard Thompson himself, who has been known to cover the tune from time to time. Maybe Joan can coax him onstage for a duet …   words / t wilcox

3 thoughts on “Joan Shelley :: Time Has Told Me (Nick Drake)”